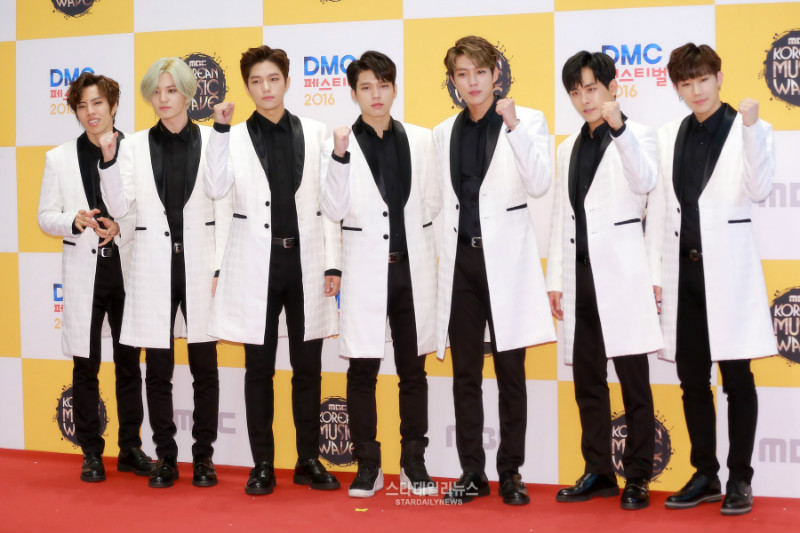 INFINITE Discusses Where They’ll Be In 7 Years, New Hobbies, And Questions For Fans

This past October 9, INFINITE held a fan signing at the COEX in Samsung-dong, Seoul for their recent comeback, their first in a year and two months.

When asked about where they see themselves in seven years, the members each said that they’ll probably still be together, working on music, traveling the country on a concert tour, reuniting after military service, etc.

The members then took turns to ask the fans questions. Dongwoo asked what kind of concept fans want to see them do next. Sungyeol joked, “Why do you ask us ‘Have you eaten?’ and say ‘You’re handsome’? We know we’re good-looking, so you don’t have to!” Sungjong wanted to know if there are any mannerisms or habits that fans don’t like.

The members also talked about some newfound hobbies. Dongwoo has fallen in love with wheels, like motorcycles and cars, as well as golf, something he can do with his mother. Sungyeol said he’s currently into working out and mobile games, while Sungjong’s interests are in collecting accessories like earrings and rings.