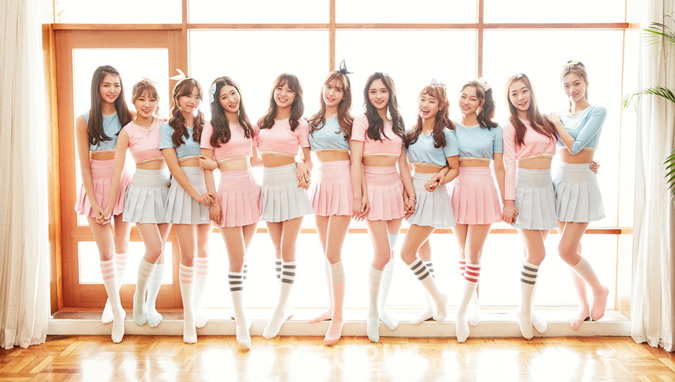 I.O.I On Releasing Last Album, Says It’s Not The End

Girl group I.O.I, which is slowly approaching the end of its one-year run, has said that this is not the end of the group.

The group recently made a comeback after five months, with double title songs “Very Very Very” and “Hold Up,” which they performed at their comeback showcase on October 17. Already, “Very Very Very,” written and composed by JYP’s Park Jin Young, has topped music charts in Korea, making this yet another hit for I.O.I.

Being a project girl group from the show “Produce 101,” I.O.I will only be together until January 2017, and their promotions for “Miss Me?” will be their last. With I.O.I having been such a huge success, fans are reluctant to let the group go, but I.O.I is optimistic. Jung Chaeyeon said, “Rather than thinking that this is our last [release], we promised each other we’d just enjoy making a new album.” Yoo Yeonjung added, “We’ve said this on another show, also, but we promised we’d reunite in five years.”