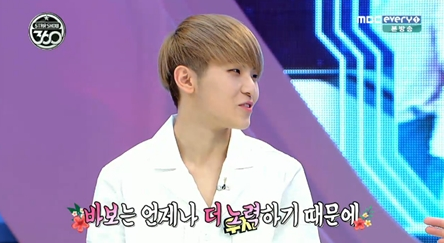 SEVENTEEN’s Woozi recently talked about his own composition skills.

The SEVENTEEN members appear as guests on the recent episode of MBC Every1’s “Star Show 360,” where they talk about a variety of topics. MC Tak Jae Hoon specifically introduces Woozi by saying, “He is SEVENTEEN’s lyricist and song writer,” and calls him a genius composer. 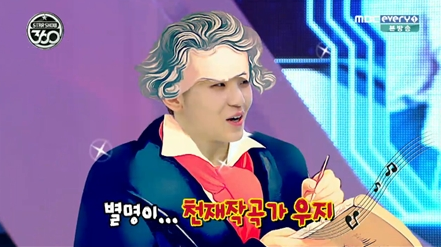 However, Woozi humbly responds, saying, “I’m a foolish composer rather than a genius composer. A fool always works harder no matter what.”

The SEVENTEEN member has worked on a variety of projects as a songwriter and producer, and has recently helped Ailee for one of the tracks on her latest mini-album.

SEVENTEEN
Woozi
Star Show 360
How does this article make you feel?