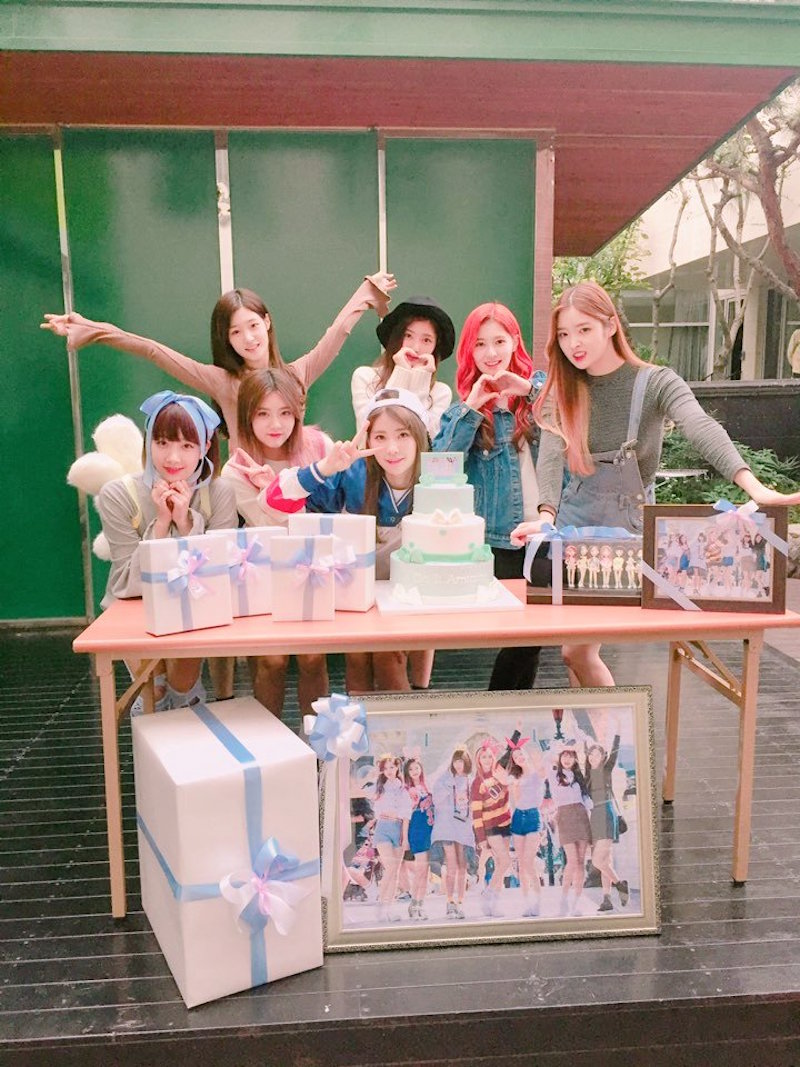 DIA Thanks Fans For Celebrating Their 400th Day Anniversary With Them

On October 18, DIA took to their official Twitter account to thank fans for celebrating their 400th day anniversary since debut.

Their tweet reads, “Thank you to all our AID fans who congratulated us on our 400th day since debut.”

In the attached photo, the girls pose cutely with all the gifts their fans showered on them, including framed photos of the group and a three-tier cake.

DIA debuted in September of 2015 under MBK Entertainment with full length album “Do It Amazing.” The girls recently celebrated their one-year anniversary with a music video dedicated to fans entitled “The Love.”

Support the artist by buying Happy Ending from YesAsia
DIA
How does this article make you feel?