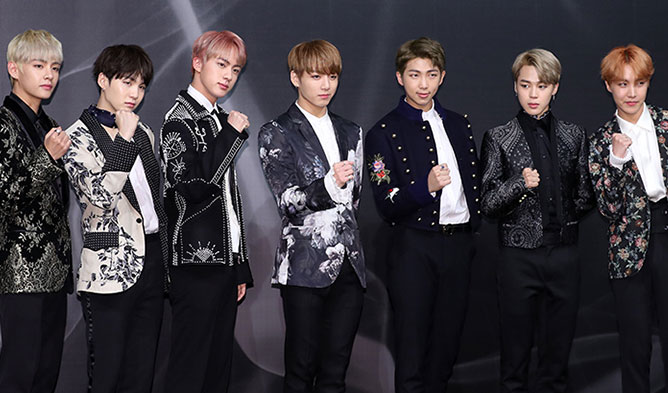 BTS is continuing to break records left and right!

Recently the Korean boy band set the record for K-pop groups by placing on the Billboard 200 chart (which charts the most popular albums in the United States) at No. 26. According to Billboard, BTS’s album debuted with “16,000 units earned in the week ending Oct. 13, according to Nielsen Music. Of that sum, 11,000 were in traditional album sales.”

BTS was able to set new records with their album “Wings,” which overtook 2NE1’s record (No. 61 with “Crush”) in terms of chart ranking, and EXO’s record (“Exodus” sold 6,000 within the first week of its release) in terms of album sales.

BTS recently made their comeback with the track “Blood Sweat & Tears.”

Thanks Cristina for the tip!