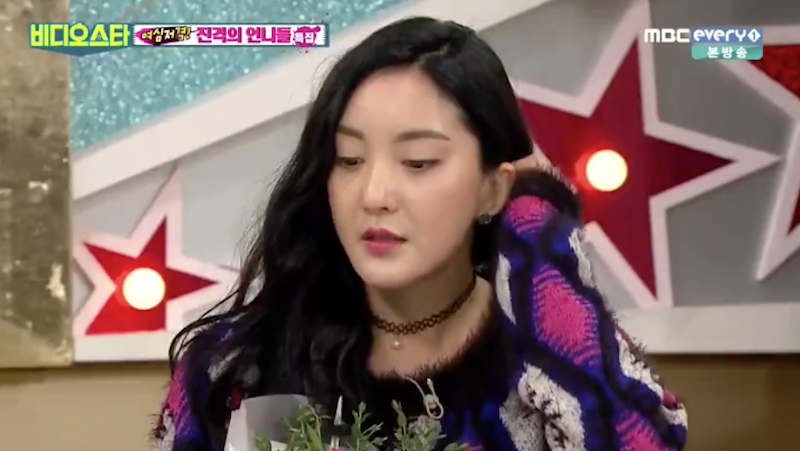 On the October 18 episode of MBC Every1 talk show “Video Star,” singer Bada reveals an interesting backstory related to how the news broke about her current relationship with a man nine years her junior.

During the show, one of the MCs asks Bada if reporters really knew of Bada’s relationship three months before they broke the news, and Bada affirms, “They said they were hoping I would date. Since Shoo and Eugene got married and had babies and all, I guess I looked pathetic in comparison.”

“So what I heard after the dating news broke was that the reporters agreed to protect [my] relationship until it stabilized,” Bada reveals. “So the reporters waited for three months for us.”

This is definitely a different side of the Korean media than we are used to seeing! What are your thoughts on reporters being protective of celebrities?

Bada
Eugene
Shoo
Video Star
How does this article make you feel?