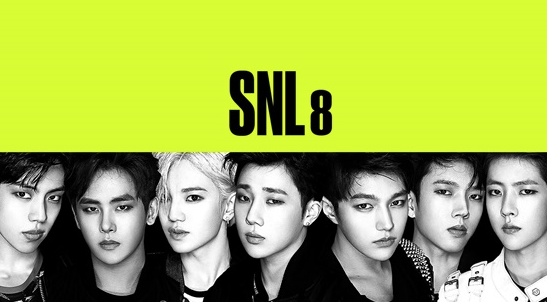 tvNs “SNL Korea” recently posted a clip that showed the INFINITE members meeting with the production team to discuss skit ideas for their upcoming appearance on the show!

Min Jin Ki, one of the producers for “SNL Korea,” shared what happened in the meeting, saying, “We recently had a brainstorm meeting with all the members of INFINITE in order to come up with ideas. During the meeting, INFINITE initially asked if there were any 19+ topics. Since they are technically idols, the production team was surprised to hear them mention strong stories. But I think that unexpected aspect is also their charm. My expectations on showing a fresh kind of synergy in the upcoming episode has grown.”

The clip shows the INFINITE members passionately coming up with ideas for the upcoming episode. “We have to do a self-diss or make fun of each other,” Sunggyu starts. The clip cuts to moments of their conversation, with Dongwoo saying, “There isn’t any 19+ now right?”

“INFINITE really showed us their charm of breaking the stereotypes related to idols. The production crew’s expectations are growing. There will be a variety of skit ideas prepared,” the producer concluded.

*A previous version of this article incorrectly stated “SNL Korea” to be from JTBC, and the airing date as October 29.

INFINITE
SNL Korea
How does this article make you feel?