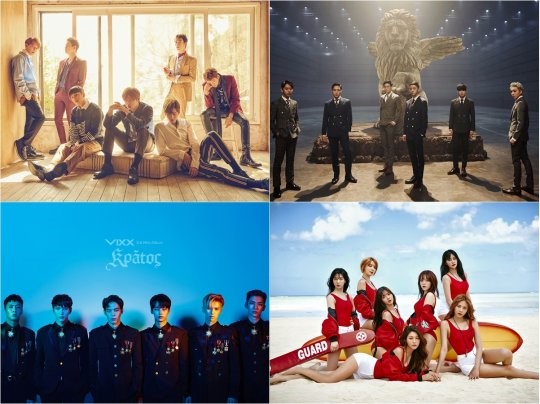 K-pop awards season is starting soon! The 2016 Asia Artist Awards has revealed their first lineup which features B.A.P, Block B, VIXX, and AOA.

B.A.P released their fifth mini-album “Carnival” earlier this year and embarked upon a large-scale world tour. They also recently unveiled a noir teaser. Block B dropped their fifth mini-album “Blooming Period” and showed a different musical color with “A Few Years Later” and “Toy.” VIXX will be returning with a comeback and completing their “Conception” saga soon. AOA promoted their fourth single album “Good Luck” earlier during the summer.

The Asia Artist Awards is an annual global festival that celebrates artists that shined in the past year. Fans can vote for their favorite artist, male actor, and female actor here.

The awards ceremony is scheduled to be held on November 16 at Kyunghee University.

Block B
VIXX
AOA
B.A.P
2016 Asia Artist Awards
How does this article make you feel?