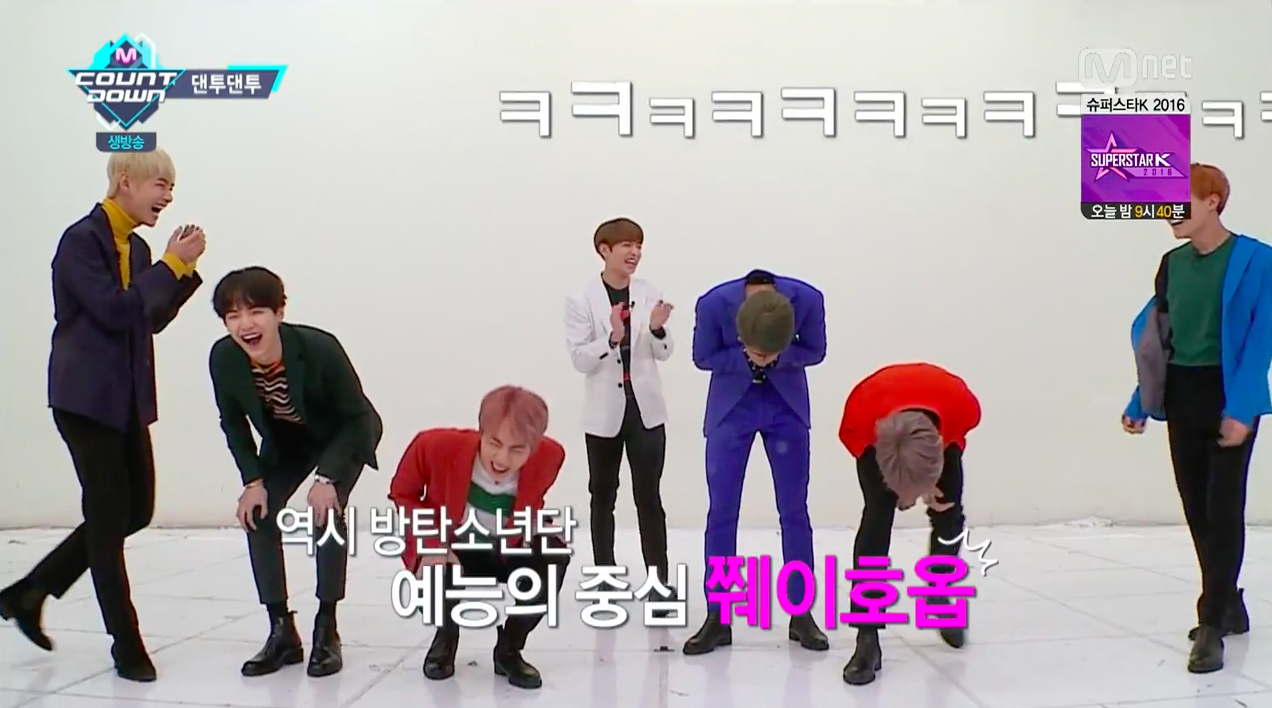 Watch: BTS Cracks Each Other Up As They Switch Parts From “Blood Sweat & Tears” MV

On October 20’s episode of “M!Countdown,” the guys of BTS star in a hilarious edition of the show’s corner “Dance Together”!

During the show, Suga reads out a question from a fan who asks if any of the guys have a part in the song they’d like to steal from another member. J-Hope says he wants Jimin’s part, and then does an imitation of Jimin shrugging off his jacket that makes them all burst out laughing. 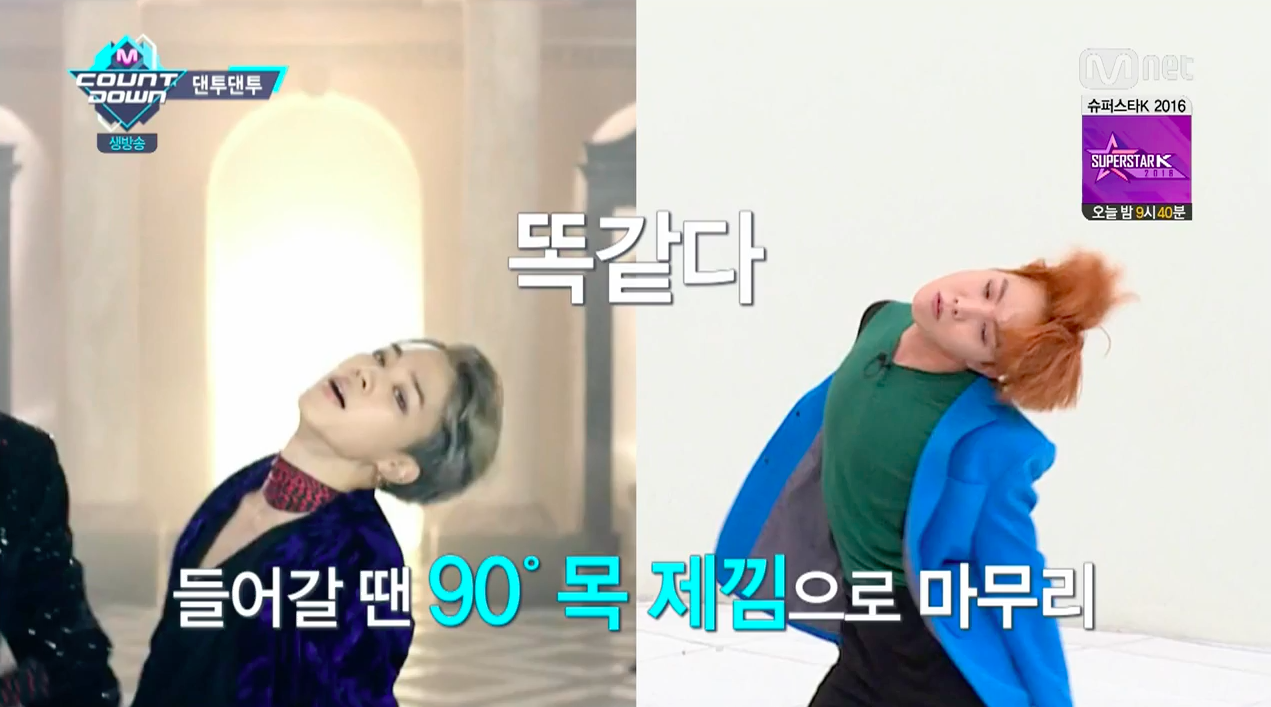 The guys also get tasked with doing the choreography to “Blood Sweat & Tears” with a twist, as they have to perform the dance while the song keeps changing. After they perform to their track for a while, it changes to a classic Korean song all of a sudden, but they manage to keep up the choreography without missing a beat.

When it returns to “Blood Sweat & Tears” and they’re still on time, Suga grins and yells, “BTS is perfect! Amazing!” V can’t help but lip sync to the next old school song that comes on, as the guys struggle a bit to keep time.

Suga once again yells about how great they’re doing when they return to the original song, but when “Pick Me” from “Produce 101” comes on, he dances to the song’s famous moves in the back as some of the others sing along. 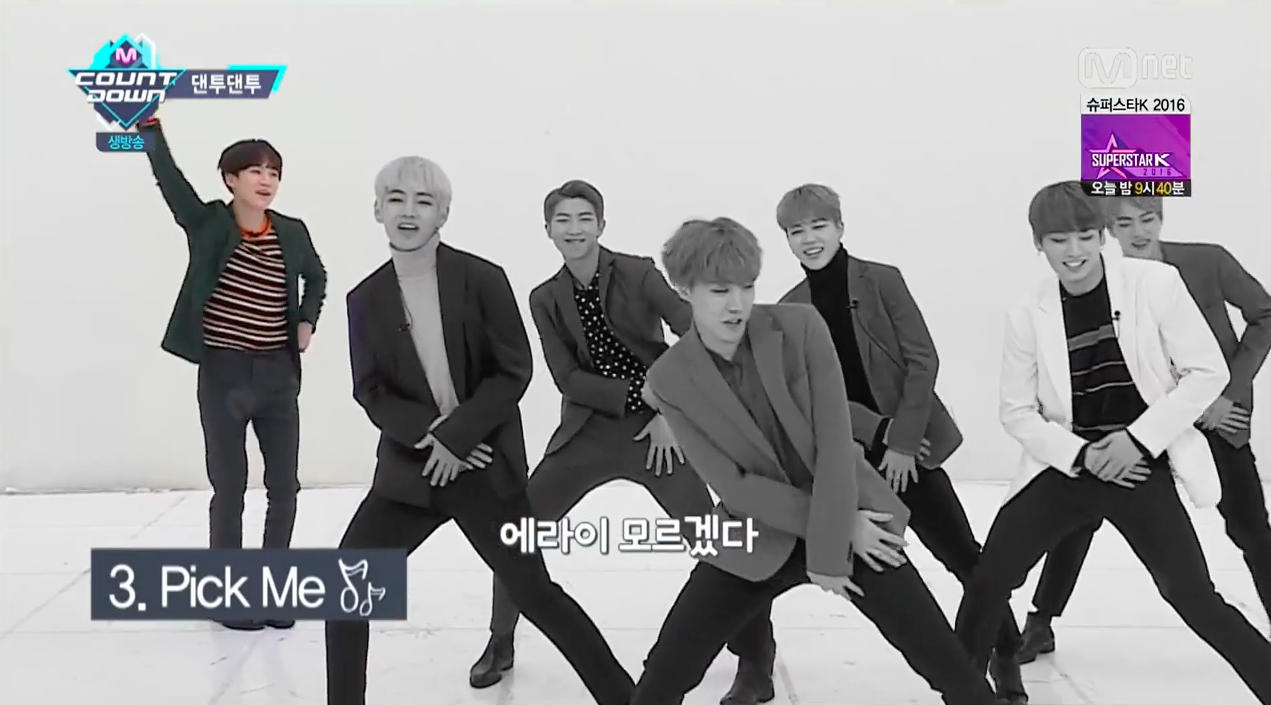 When they wrap up successfully, Suga yells, “Korean beef set!” as though he’s expecting a prize, and Jungkook admits he was really close to just giving in and dancing to “Pick Me.”

In another clip from the corner that was shared by the show’s Twitter, Jungkook reads out a request from a fan who would like them to act out their “Blood Sweat & Tears” MV but with the roles reversed.

Suga and Jimin end up picking each other’s parts, and so Jimin gets the chance to hit Suga on the back of the head just like Suga does to him in the music video!

V later cracks everyone up as he imitates Jin dramatically turning around to look at the statue, while J-Hope’s expression during his version of the scene makes Suga say, “I think J-Hope should be an actor.”

Jungkook can’t make it through Rap Monster’s scene of drinking from a glass without laughing, while Rap Monster imitating Jin kissing the statue makes it impossible for the rest of them to live.

BTS took home the win on October 20’s episode of “M!Countdown,” which is their second trophy so far for “Blood Sweat & Tears.” You can watch their performance, win, and adorable “lying down” encore here!