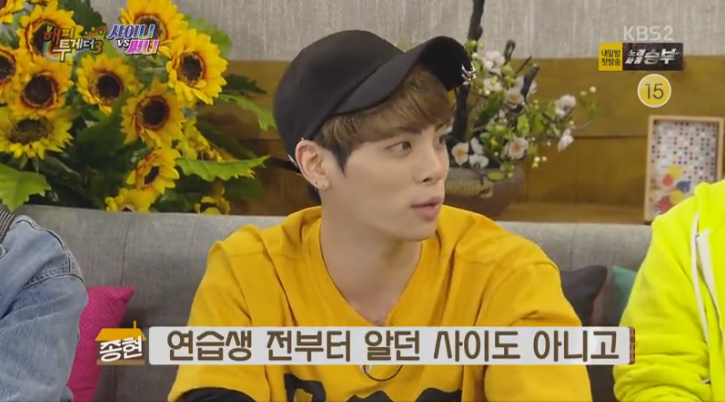 On October 20’s episode of “Happy Together,” SHINee has the chance to talk a bit about the true nature of their relationship as a group.

Host Yoo Jae Suk asks Jonghyun to clarify what he previously meant when he said that SHINee had been formed for business reasons. Jun Hyun Moo expresses his shock at the comment, but the guys ask why that’s surprising.

“We came together for work,” explains Jonghyun. “We didn’t know each other before we joined the agency.” Yoo Jae Suk responds that after nine years together, some groups might not describe their relationship as business-like.

Jonghyun then asks him when he and Park Myung Soo met, and Yoo Jae Suk admits that they met because of work twenty years ago. “So you got closer while you worked together,” points out Jonghyun. “Your relationship was formed on the basis of your work.”

Minho admits, “When I first heard that Jonghyun said that, I thought, ‘Why did he have to say it like that?’ I was a bit upset. But if you try to understand the meaning behind what he said, it’s that we were like that in the beginning, but now we are both loyal and close to each other. It’s because of work that we have this relationship.” 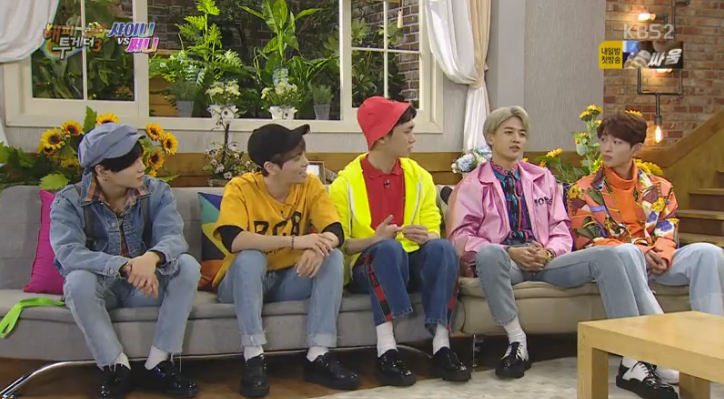 In response, Jonghyun smiles, seemingly pleased that Minho understood, and Key bumps him with his elbow playfully while Onew nods. 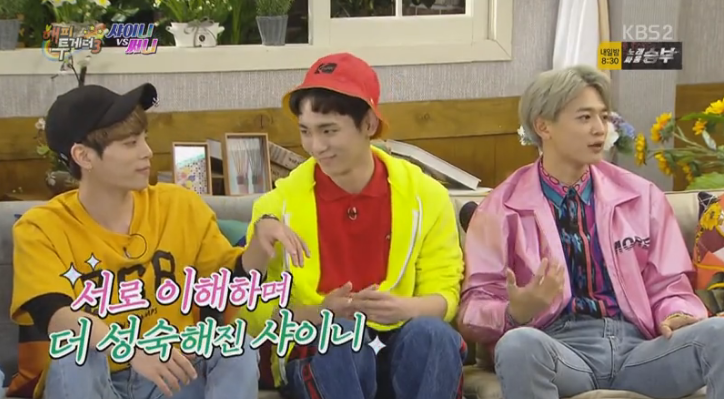 Watch more of SHINee on this week’s episode of “Happy Together”!

Support the artist by buying SHINee - 1 of 1 from YesAsia
SHINee
Yoo Jae Suk
Jonghyun
Minho
How does this article make you feel?