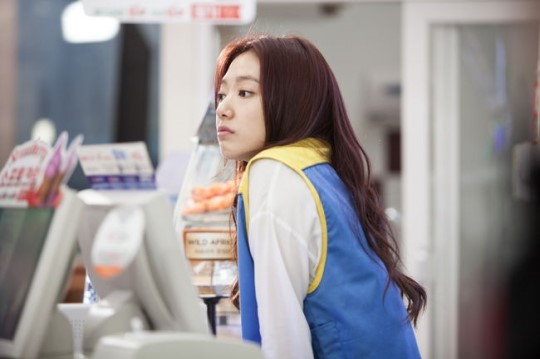 Park Shin Hye will be making a cameo in the new drama “Gogh, The Starry Night!”

On October 20, the SBS weekend special drama released a still of Park Shin Hye’s appearance on the show.

“Gogh, The Starry Night” stars Girls’ Generation’s Kwon Yuri as Go Ho, a woman who works at an advertising agency and gets entangled with five men, including her ex-boyfriend and new boss (Kim Young Kwang).

Park Shin Hye plays a part-time worker at a convenience store in her cameo. She agreed to make an appearance in the drama out of friendship with the director Jo Soo Won, who also directed her 2014 hit “Pinocchio,” and Kim Young Kwang, who co-starred alongside her in the same drama.

The production staff of “Gogh, The Starry Night” said, “Park Shin Hye made time in her busy schedule to appear on the drama out of loyalty to Jo Soo Won and Kim Young Kwang. We are very grateful. There will be other cameos from the actors in Jo Soo Won’s network, so please anticipate those too.”

The drama will air its first episode on October 22 at 9:55 p.m. KST. Park Shin Hye’s appearance will be in the second episode.

Park Shin Hye
Gogh the Starry Night
How does this article make you feel?