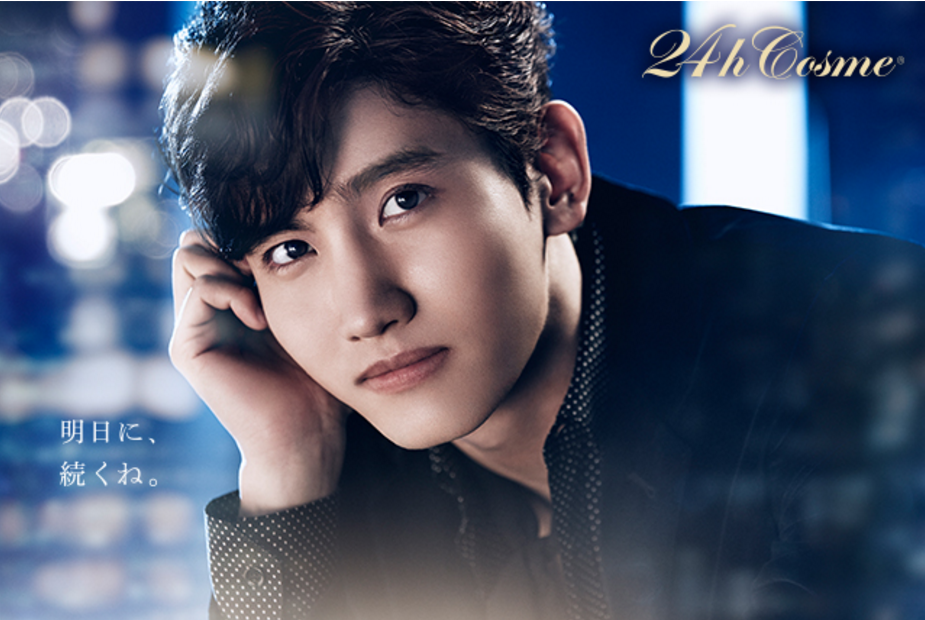 In a newly released commercial that appears to have been filmed before he enlisted, TVXQ’s Changmin seems like he can convince anyone to buy makeup with his looks alone.

The CF is for the Japanese brand, Cosme, and has been airing in four of Japan’s major regions beginning October 20.

Smartly dressed and looking exceptionally handsome, the singer overhears two women talking about the positive attributes of a certain makeup product, before casually going up to them to affirm their statements.

Many fans, especially in Japan, express their pleasant surprise and happiness with comments such as, “It’s so nice to see him after a long time,” “He’s really handsome,” and “His Japanese pronunciation is really good.”

Meanwhile, Changmin is currently serving out his term of mandatory military service and will be discharged sometime next August.