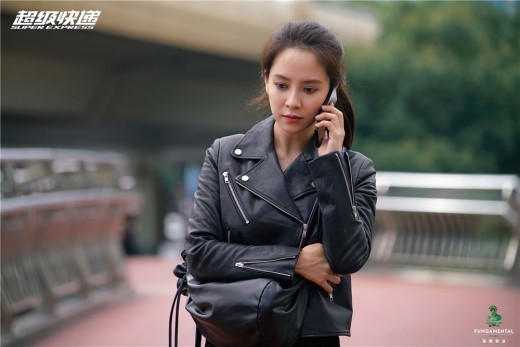 In her individual still, Song Ji Hyo rocks a new look in a chic black leather jacket as she takes a phone call.

“Rush Delivery” is slated to be a comedic action flick and will be co-produced Korea, China, and France. Song Ji Hyo will be starring alongside actor Michael Chen (Chen He), who is a cast member of the Chinese version of “Running Man,” “Hurry Up, Brother.” French actor and stunt coordinator David Belle will also be starring in the film.

“Rush Delivery” is slated to premiere in Chinese theaters on January 1, 2017.