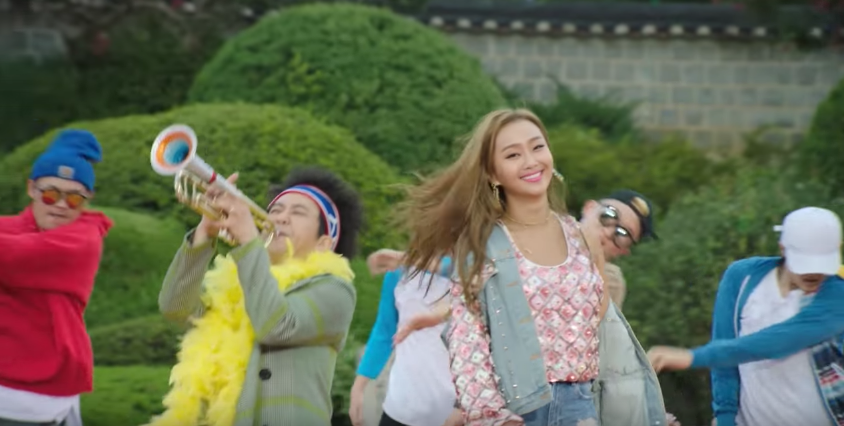 A promotional music video meant to kickstart the South Korean Ministry of Culture, Sports, and Tourism’s “ARARI, YO Pyeongchang” project has been receiving major public backlash.

The music video reportedly cost 270 million won (approximately $237,554 USD) to make but has received 38,000 dislikes and only about 1,200 likes as of time of publishing. Netizens have been very vocal with their criticism of the music video, and many have deemed it a failed attempt at creating a viral dance video like Psy’s “Gangnam Style.”

Hyorin stars in the music video as she sings a modernized arrangement of Korean folk song “Arirang,” which is considered the unofficial national anthem of Korea. The general storyline of the music video is about a dance virus that infects all those who enter Pyeongchang.

The Ministry of Culture, Sports, and Tourism has responded to the backlash, saying that the video is meant to be entertaining and approachable to foreign netizens. “The video at issue is not the official promotional video for the Pyeongchang Olympics but just a music video to promote online dance video contents,” the Ministry’s statement reads. “We are receiving a very positive response from foreigners.”

What are your thoughts on the music video?