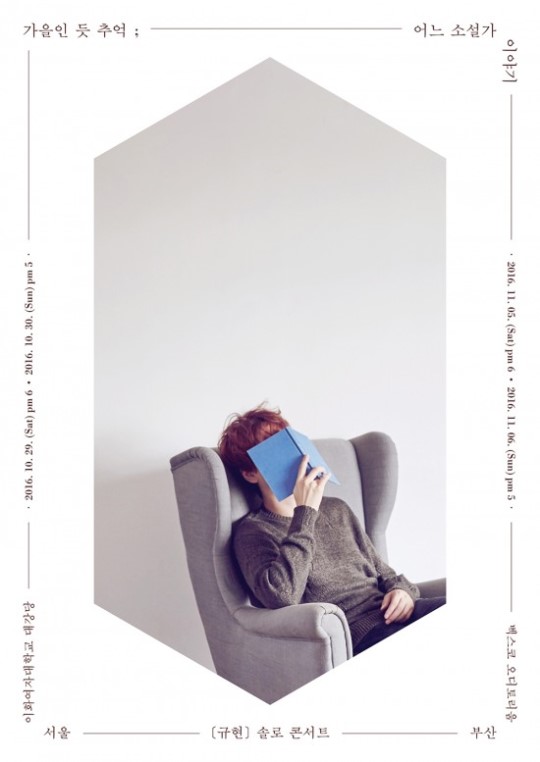 After announcing that Super Junior’s Kyuhyun would be making another autumn comeback, SM Entertainment has revealed that fans can catch their first glimpse of the new album at his concert.

Kyuhyun is holding a series of solo concerts in late October and early November titled “Autumn Memories: Story of a Writer.” At the concert, he will perform an unreleased song from his upcoming album for the first time, as well as previous hits “At Gwanghamun” and “A Million Pieces.”

The concerts will be held in Seoul from October 29 to 30 at Ehwa Womans University and Busan from November 5 to 6 at Bexco Auditorium. Kyuhyun’s new album is set to be released sometime in November.