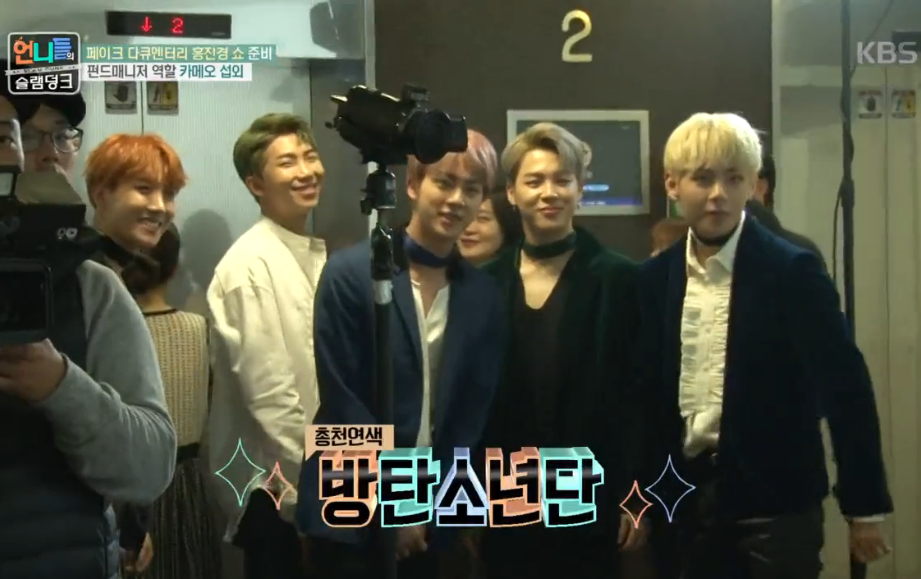 In the episode, the variety show members are working on a fake documentary show for Hong Jin Kyung. While working on the project, they head over to KBS to look for people who can film cameos. The group is specifically looking for someone who has black hair and can act as a fund manager.

While at the broadcasting station they happen to see BTS who is on their way to film for “Music Bank.” Kim Sook says that they don’t have the fund manager hair color, so Ra Mi Ran asks if there’s a member with black hair. 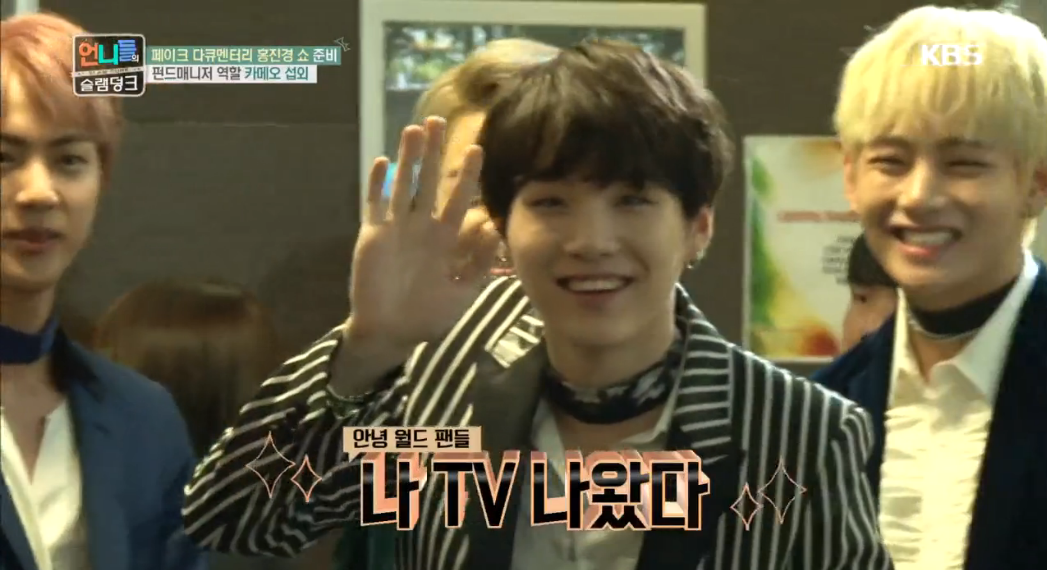 Suga answers that he has black hair and Ra Mi Ran asks if he wants to audition. Suga cautiously asks what it’s for and Jessi asks if he acts. Suga says he doesn’t act but cute smiles for the camera before heading to the elevator. Lastly, the captions reveal that Ra Mi Ran is a fan of Rap Monster.

Watch the cute surprise cameo below!

BTS
Sister's Slam Dunk
How does this article make you feel?