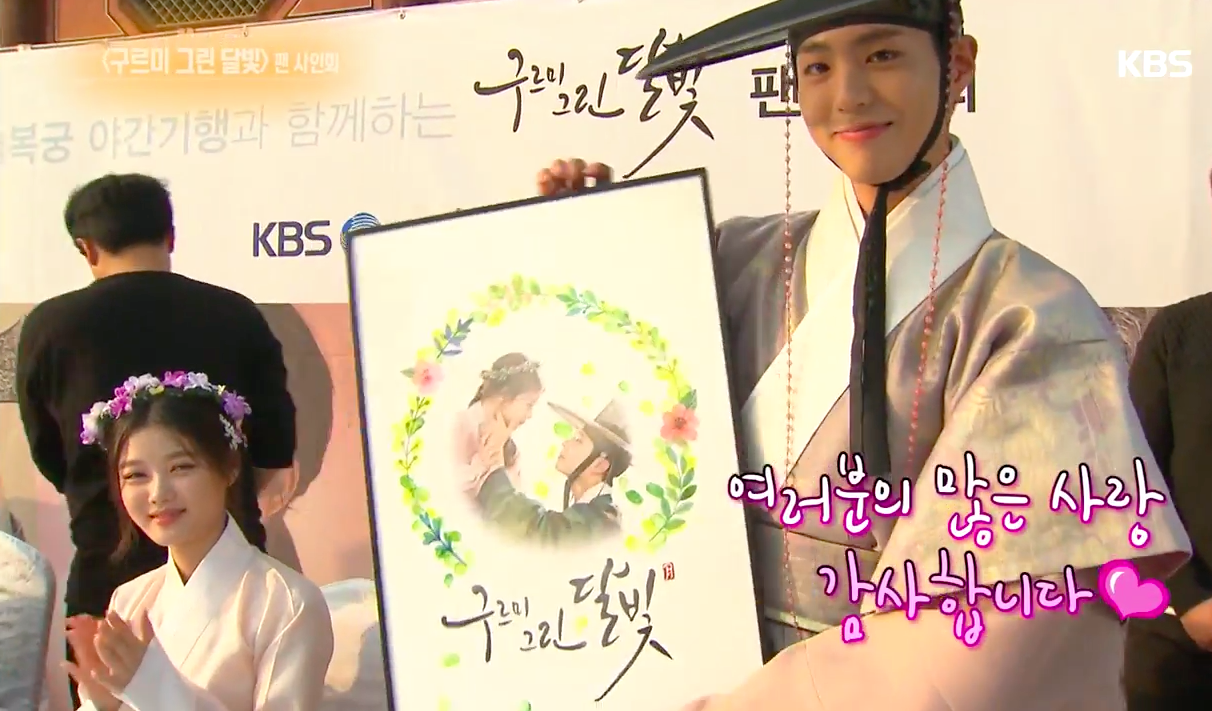 This week’s episode of KBS’s “Entertainment Weekly” includes footage from the “Moonlight Drawn by Clouds” cast’s recent autograph event, as well as their wrap-up party!

Park Bo Gum, Kim Yoo Jung, Kwak Dong Yeon, and B1A4’s Jinyoung fulfilled their ratings promise on October 19 by holding an autograph event in costume because the show surpassed 20 percent in the ratings. When asked how he feels about reaching the milestone, Kwak Dong Yeon replies, “I really can’t believe it. But actually, I predicted that we’d get 83 percent, you know!”

Kim Yoo Jung says about meeting so many fans at the event, “I’m really grateful, and I was so surprised! Thank you!” The show also gives Park Bo Gum a sweet gift of a painting of himself and Kim Yoo Jung, complete with the fingerprints of fans as the leaves adorning the illustration.

In addition, “Entertainment Weekly” covered the cast’s wrap-up party, where the actors took a few moments to chat about the drama with reporters. Kwak Dong Yeon is asked which fellow actor he thinks he worked best with on set. “I spent the most time with Park Bo Gum, and also we understand each other well. I think we came to depend on each other,” he says.

Kim Yoo Jung admits that she feels sad that the show has ended. When asked if she cried a lot during their final filming, she laughs and says that her face is still puffy. Kim Yoo Jung is also asked whether she’d choose Park Bo Gum or Jinyoung’s character if she were Hong Ra On, and she replies with a smile, “My first love, the crown prince.”

She then sends a video message to Park Bo Gum saying, “Your highness, please don’t forget me!” before she does a cute bit of the famous “Boombastic” dance at the reporter’s request. 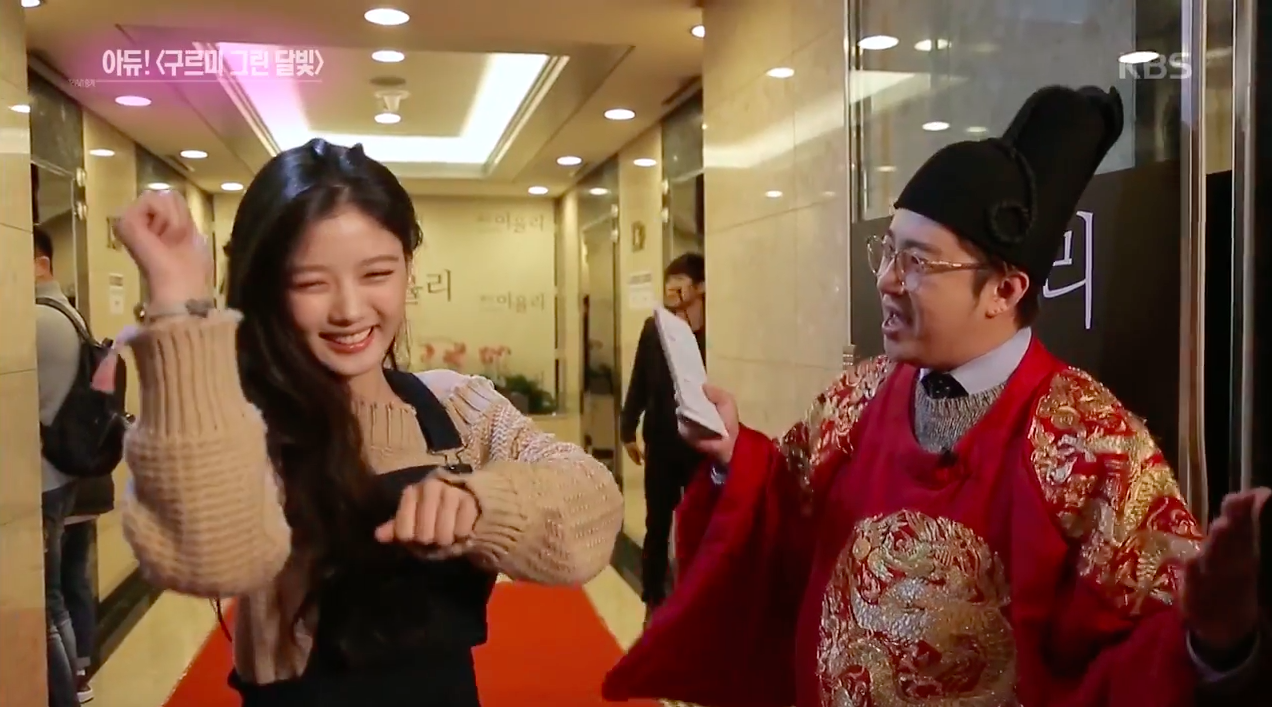 Park Bo Gum says that he’s sad the show has come to an end, and adds, “I think I was lacking a lot in this drama, but I want to say that I’m grateful it’s received so much love.” He also says that he will try to improve as an actor in return for everyone’s love.

“Moonlight Drawn by Clouds” aired its finale this week, but you can watch the show again starting with the first episode below!