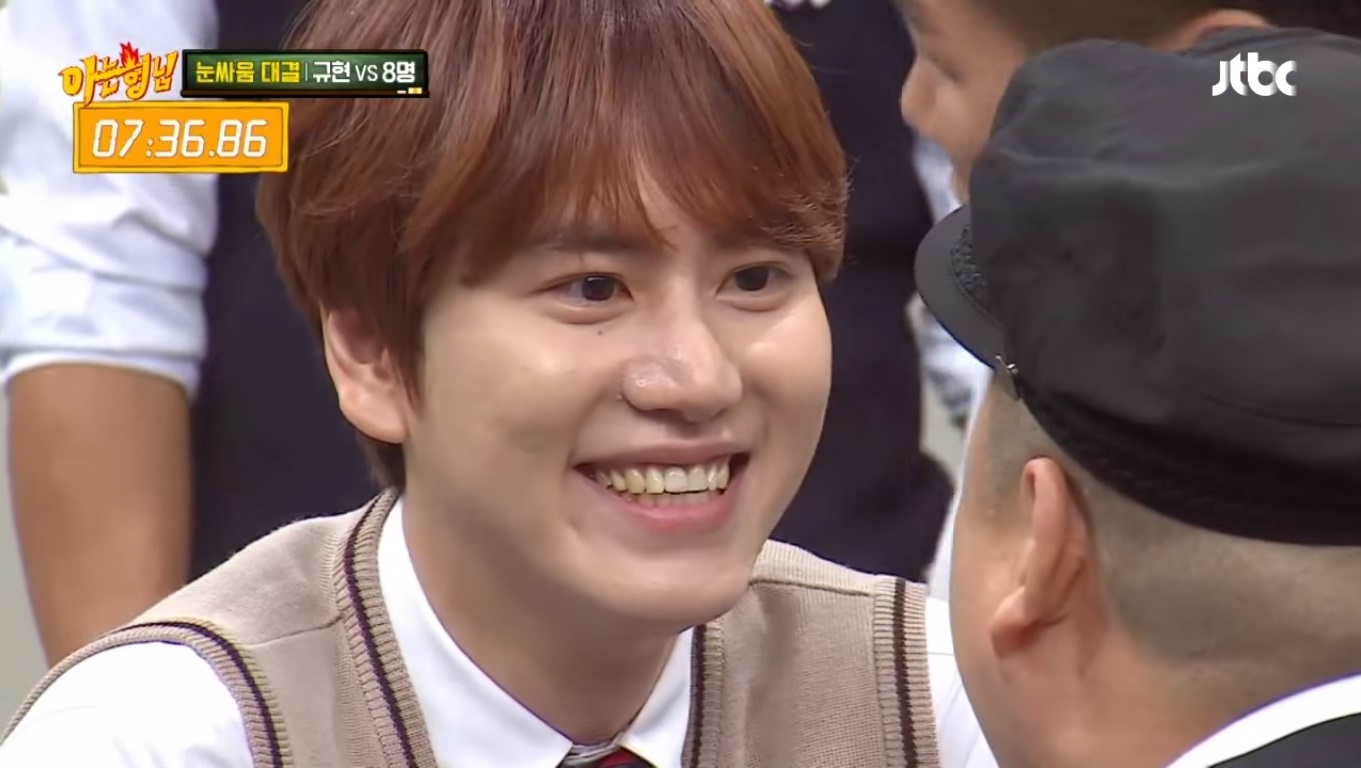 Super Junior’s Kyuhyun astounds the members of “Ask Us Anything” with his talent for staring contests!

On the October 22 broadcast of the JTBC show, Kyuhyun appears as a guest along with actress Hwang Woo Seul Hye.

During the episode, he challenges the “Ask Us Anything” members to some games for the honor of the MC title. Kyuhyun confidently proposes a number of contests, from a coin flipping game with Lee Soo Geun, to a thigh wrestling contest with Seo Jang Hoon, which he miserably and helplessly loses.

He then says, “I discovered a new talent,” and suggests a one-against-eight relay staring contest. 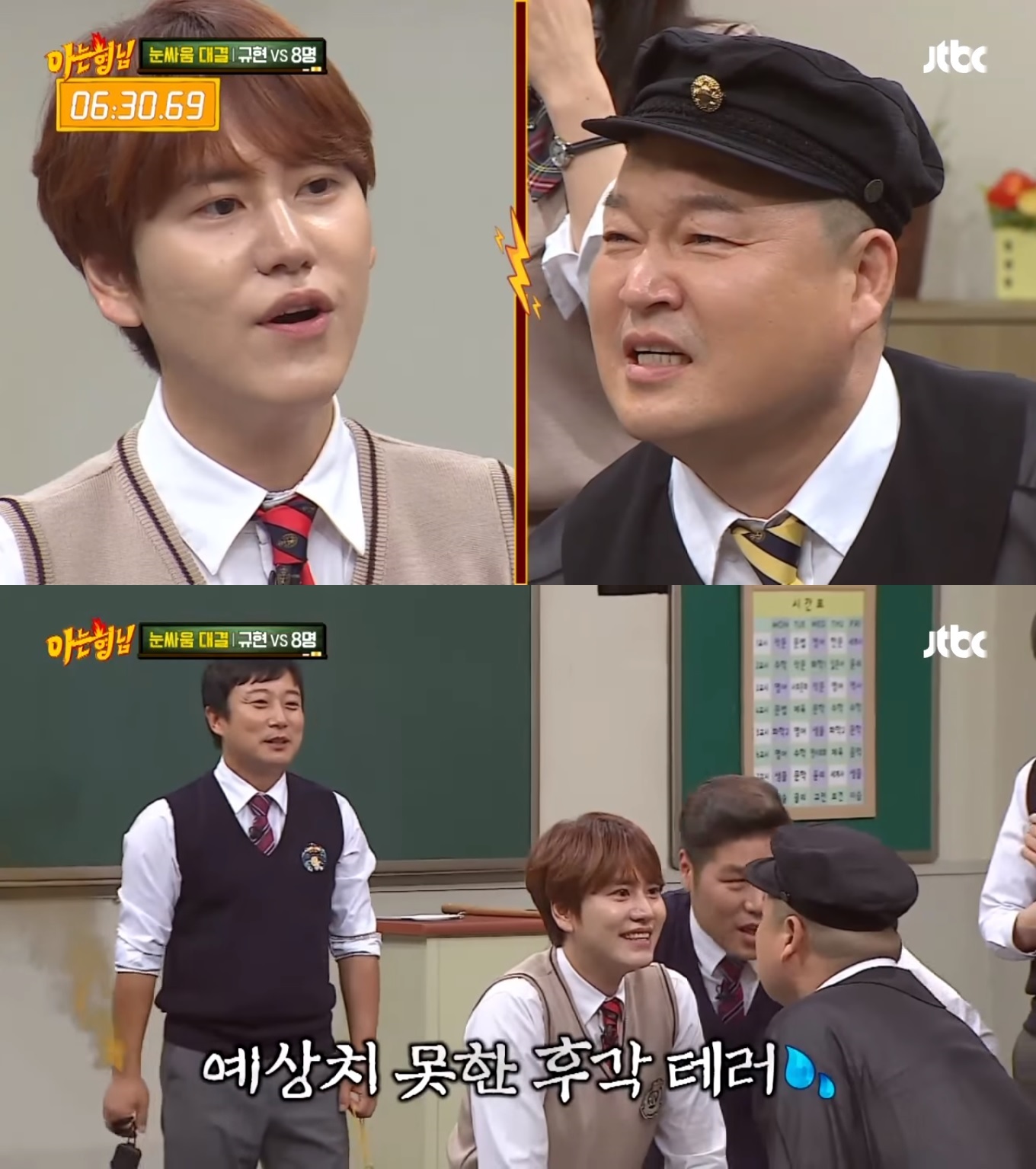 However, Kyuhyun endures and faces his final opponent, Kang Ho Dong. The two are neck and neck, with Kyuhyun taunting Kang Ho Dong and even singing with ease. Lee Soo Geun then causes a commotion in the studio when he suddenly lets out a fart, but the two endure through their long battle.

Eventually, Kang Ho Dong gives in first, handing the win to Kyuhyun with a record of eight minutes and 24 seconds without blinking. 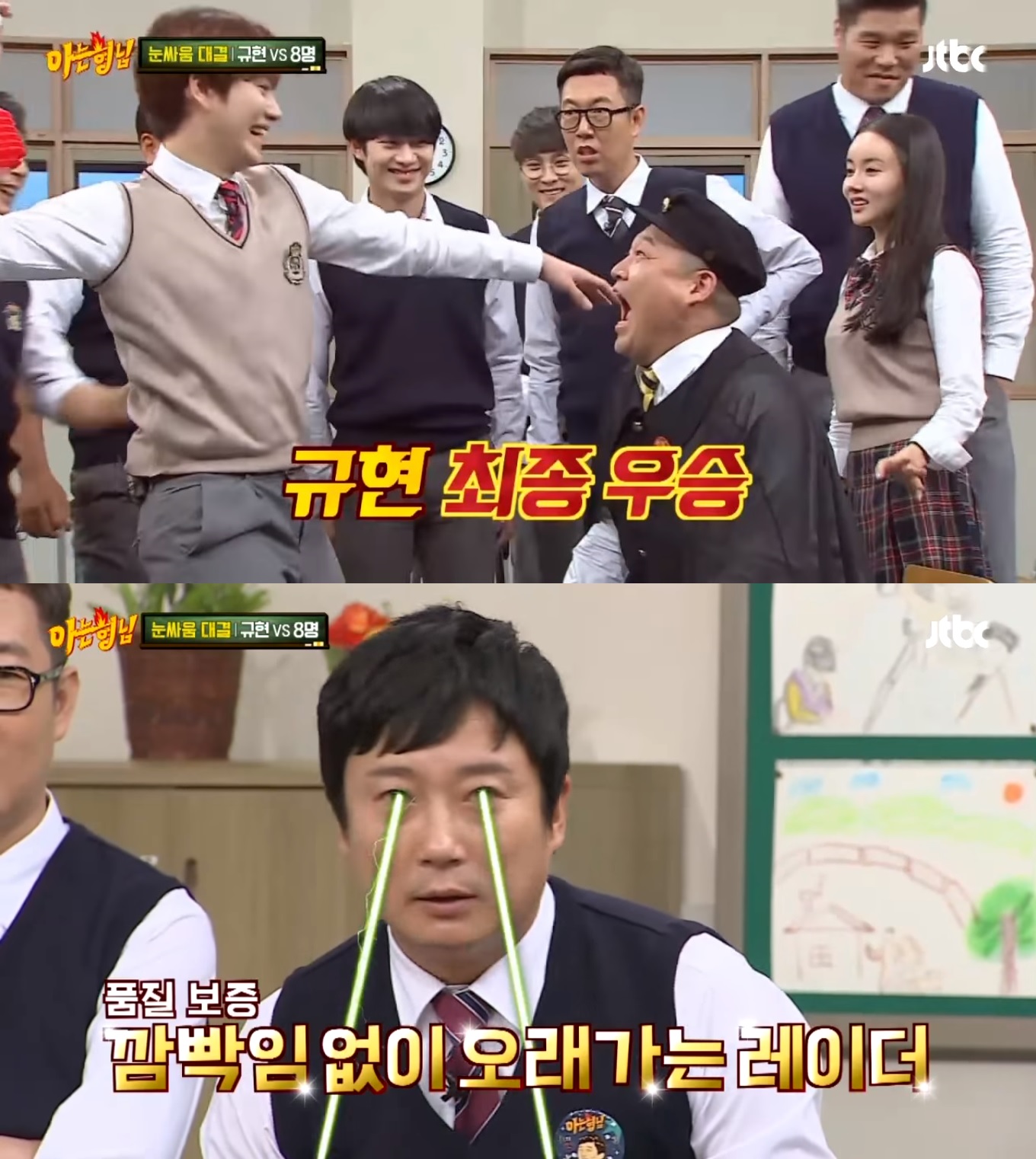 Impressed by his talent, Lee Soo Geun jokes, “You should go to the Thermal Observation Device unit (a unit that involves observing monitors for several hours) in the army.”

Watch the cut below!

Super Junior
Knowing Bros
Kyuhyun
How does this article make you feel?