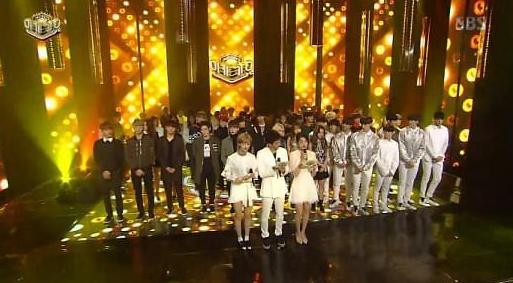 While SBS’s “Inkigayo” aired on October 23, the show differed from its usual format by not releasing the winners at the end of the show. Instead, the production team simply stated through subtitles that the results would be released afterwards on the show’s official homepage, and that next week’s episode would be a Busan One Asia Festival special episode.

Though “Inkigayo” is technically a live music show, the reason for the unaired results are most likely due to a pre-recording. BTS, SHINee, MONSTA X, and other idols are set to perform at the “Busan One Asia Festival,” which is also on October 23. According to reports, since SBS is in charge of the festival, they pre-recorded the music show without giving it a second thought.

During this week’s episode of “Inkigayo,” the candidates for No. 1 include BTS, Davichi, and Crush.