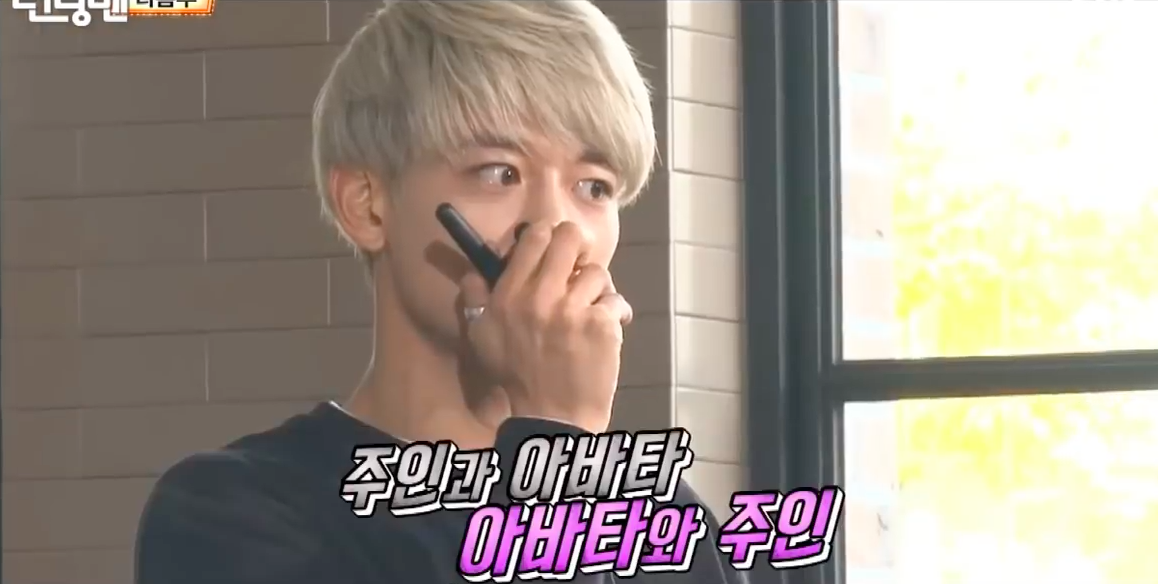 At the end of October 23’s episode of “Running Man,” the show shared a preview of the upcoming episode, which appears to include a competition between pairs of “avatars” and their “owners” entitled “My Avatar Can.” It looks like one hilarious game will involve players being fed messy black bean noodles by their partner, whose eyes are covered by a blindfold!

Minho has appeared on “Running Man” four times before, and so fans are naturally excited to see his reunion with the “Running Man” cast. The episode will air on October 30 at 6:30 p.m. KST on SBS.