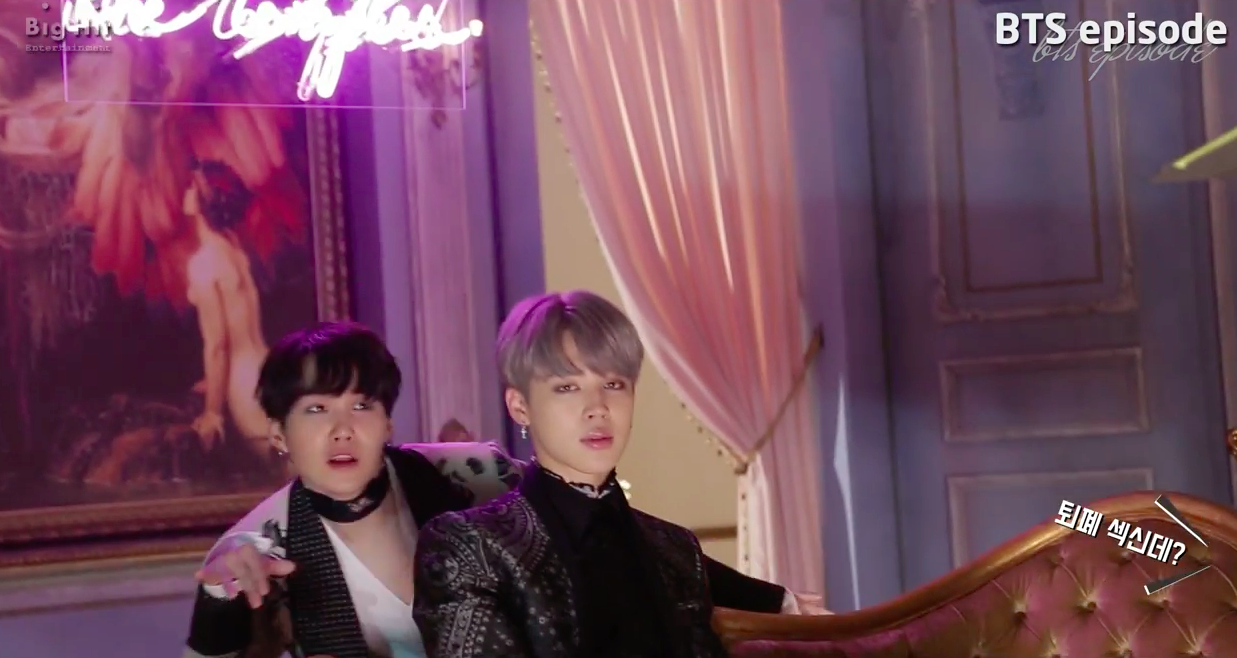 Watch: BTS Takes You Behind The Scenes Of Their Hit “Blood Sweat & Tears” MV

BTS has gifted fans with a making-of video for their “Blood Sweat & Tears” music video!

On October 24, the group shared a video that shows the guys filming the hit music video that recently shattered yet another record on YouTube. It features a look into the members filming their dance sequences, talking about their concept this time around, and also shooting their individual and group scenes.

The video includes lots of fun moments, such as Suga laughing as he admits, “The organ’s not plugged in,” Rap Monster confessing that he doesn’t know what the book he’s supposed to be reading says, and Jungkook seemingly always walking around with his prop lollipop. As always, Jin doesn’t hold back with the kisses for the camera, and J-Hope is as funny as ever as he pretends to want to order ramyun as they sit at their fancy dinner table.

“It’ll be scary,” whispers Jimin dramatically as he prepares to film the scene with his eyes covered by a blindfold, and then gasps as he reveals that there will be paint underneath when he takes it off. Rap Monster shows off his cute dancing and aegyo, while V admits he’s a bit scared of the height of the balcony railing he has to sit on.

After filming the scene where he’s aiming his slingshot at Suga, Jimin jokes, “My acting just now was no joke. I felt like a wild beast that was aiming for Suga.” Later on, Suga hilariously bombs Jimin’s shoot as he goofs around behind him.

When they wrap up their music video filming after shooting their choreography, Suga does his classic yell and run off set. J-Hope says, “You have to finish off a music video with the choreography. That’s how you get the feeling that it’s over.” The guys then express their hopes that the music video will do well!

Enjoy the making-of video below.