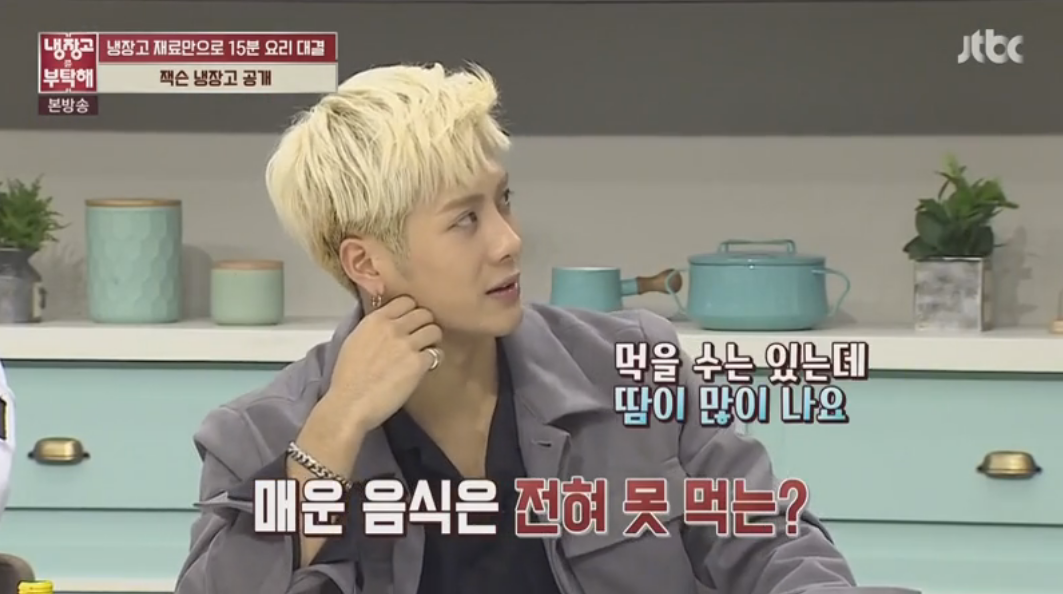 On October 24’s episode of “Please Take Care of My Refrigerator,” GOT7’s Jackson appears as a guest and reveals what GOT7 keeps in their fridge!

The fridge from GOT7’s dorm is packed with food, and the hosts first point out that there seem to be a lot of bottles of food and side dishes from China, which Jackson seems happy they noticed. 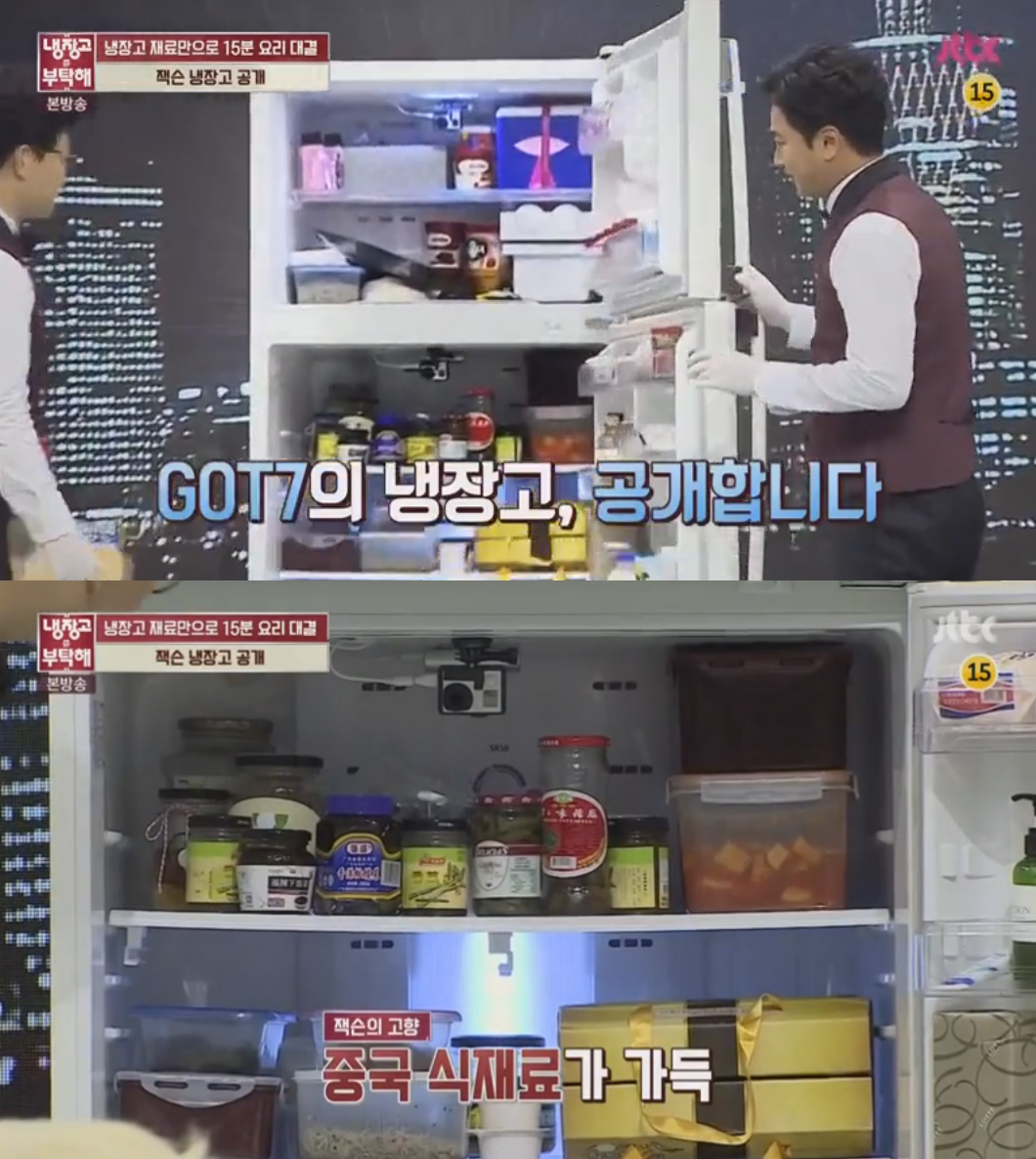 Kim Sung Joo asks Jackson if he misses the food from home, and he replies, “Yes, especially when I’m worn out, or when the other members are eating spicy food, because I get left out when they eat spicy food. I can eat it, but it makes me sweat.”

The hosts also find a box of packets of pear juice, which Jackson says is good for your throat. Fellow guest Henry of Super Junior-M jumps up and asks if he can have one, and Jackson ends up handing one out to all of the chefs as well. 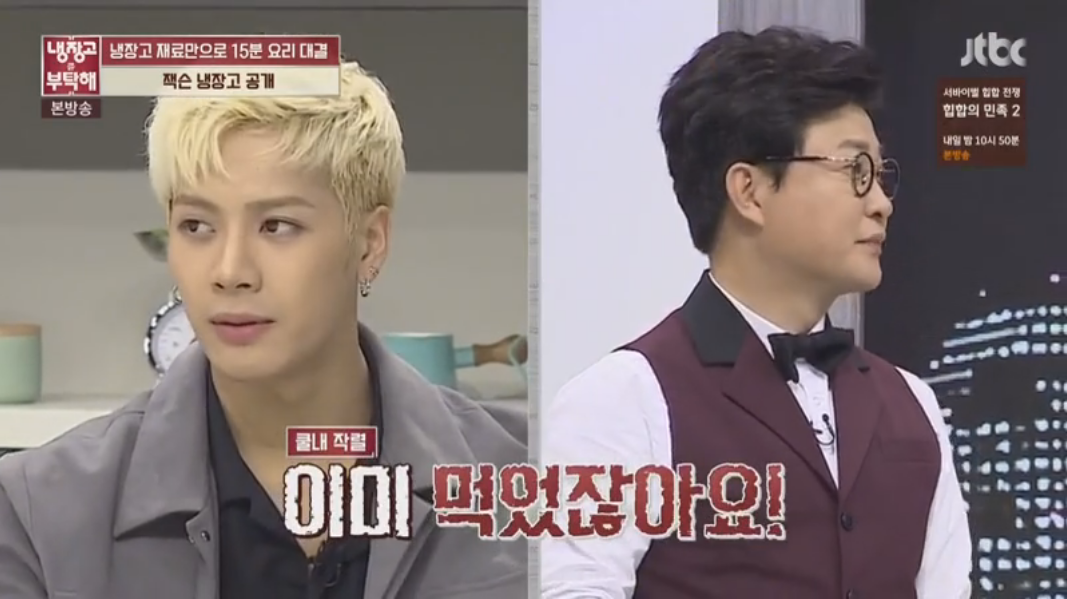 The hosts also find chocolates (which Henry and Jackson love getting to snack on), milk, cabbage juice (organic of course), cheese (Jackson’s favorite), and lots more in the fridge. They then open up the freezer and express their shock over how much ice cream GOT7 has. 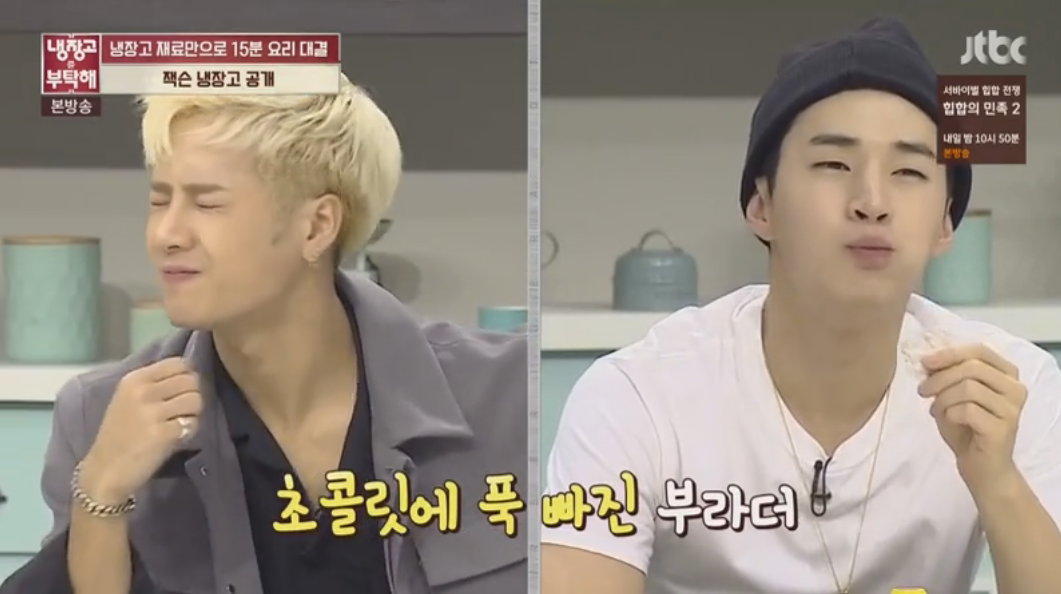 “All seven of us like ice cream, so we have one for each of us and write our names on them,” explains Jackson. They also find some frozen meat in the freezer, and the chefs complain because of the lack of ingredients like vegetables that they can use when they’re cooking later on. 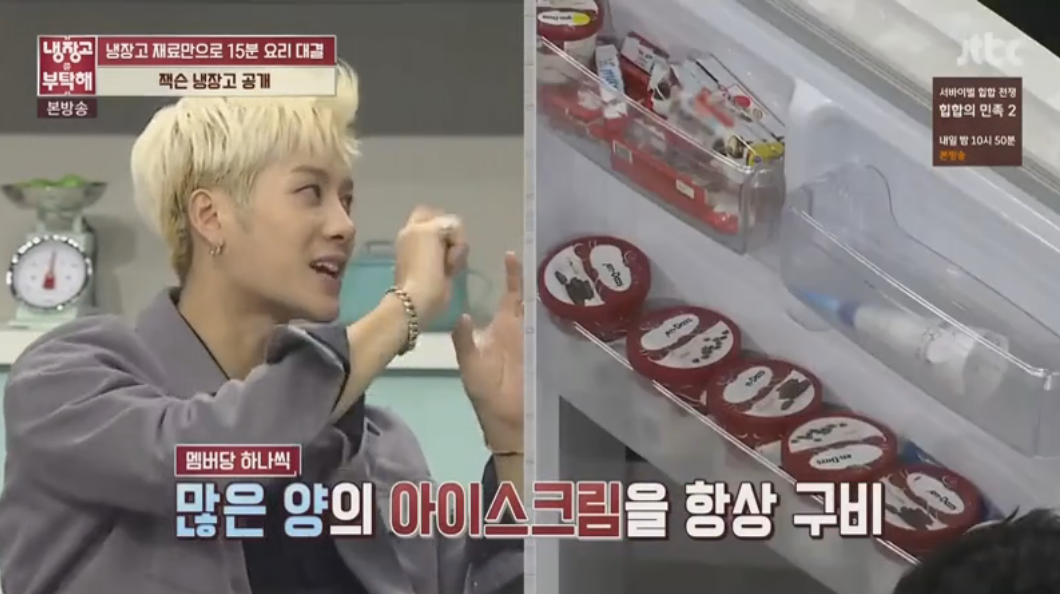 The hosts then discover Jackson’s stash of organic green tea, and Jackson expresses his love for it. “I used to have a lot of pimples,” he says. “Park Jin Young told me to drink green tea for it. After I started drinking the organic green tea, it all cleared up.”

Check out the contents of GOT7’s fridge for yourself in October 24’s episode of “Please Take Care of My Refrigerator”!

GOT7
Henry
Jackson
Please Take Care of My Refrigerator
Kim Sung Joo
Super Junior M
How does this article make you feel?