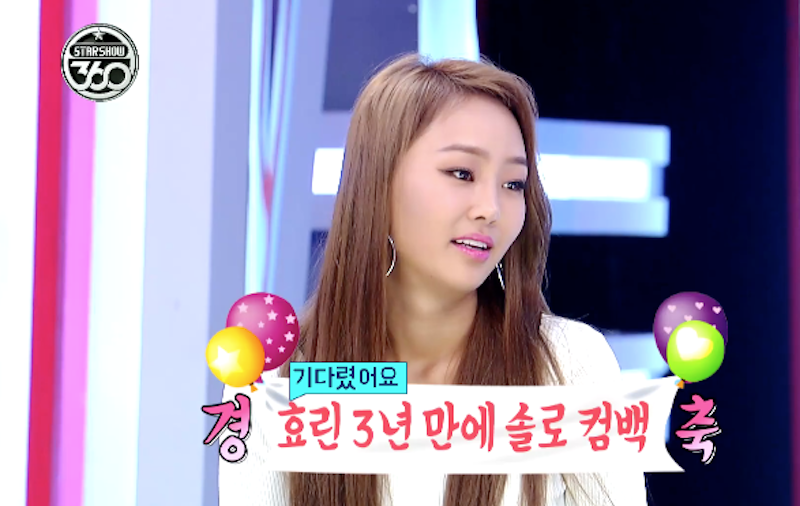 On the October 24 episode of “Star Show 360,” girl group SISTAR appears as guests.

During the show, Hyorin is asked about her imminent solo comeback, her first in three years.

MC Leeteuk asks, “Would you be able to reveal a bit of your concept?”

“I promoted my first solo album without being very prepared, so I had a lot of things I regretted,” Hyorin says. “This time around, I didn’t want things to happen that way, so I prepared for a long time.”

“I tried to up the degree of perfection and improve the album quality and music quality a lot,” Hyorin adds.

Dasom says, “I think that this might be her best masterpiece out of everything she’s released thus far. There’s nothing that she hasn’t put her fingerprints on.”

Soyou also shares about how Hyorin would share songs she wrote for the album and says her response was to just throw up a double thumbs up.

Are you looking forward to Hyorin’s comeback?