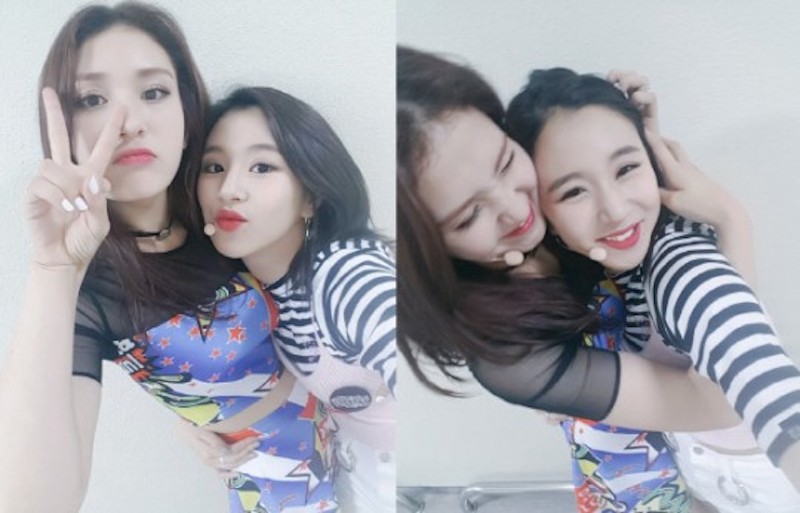 During TWICE’s showcase held on October 24 for their brand new mini album “TWICEcoaster: Lane 1,” member Chaeyoung revealed that Jeon Somi gave her a ring as soon as the album dropped.

“As soon as the song was released, I got a phone call from Somi,” Chaeyoung says. “She said ‘The song is so good’ and ‘Congratulations on first place.'”

Member Nayeon adds, “I am so happy that Somi, whom we trained with, debuted under I.O.I and got first place.”

Despite not making the cut on Mnet audition program “SIXTEEN” through which TWICE was born, Jeon Somi has continued to show her support for TWICE. She recently made a comeback herself with her group I.O.I on October 17 with title track “Very Very Very,” which Park Jin Young produced himself as a gift for the group.

Support the artist by buying TWICE - Vol.3 TWICEcoaster: Lane 1 from YesAsia
TWICE
chaeyoung
Somi
I.O.I
How does this article make you feel?