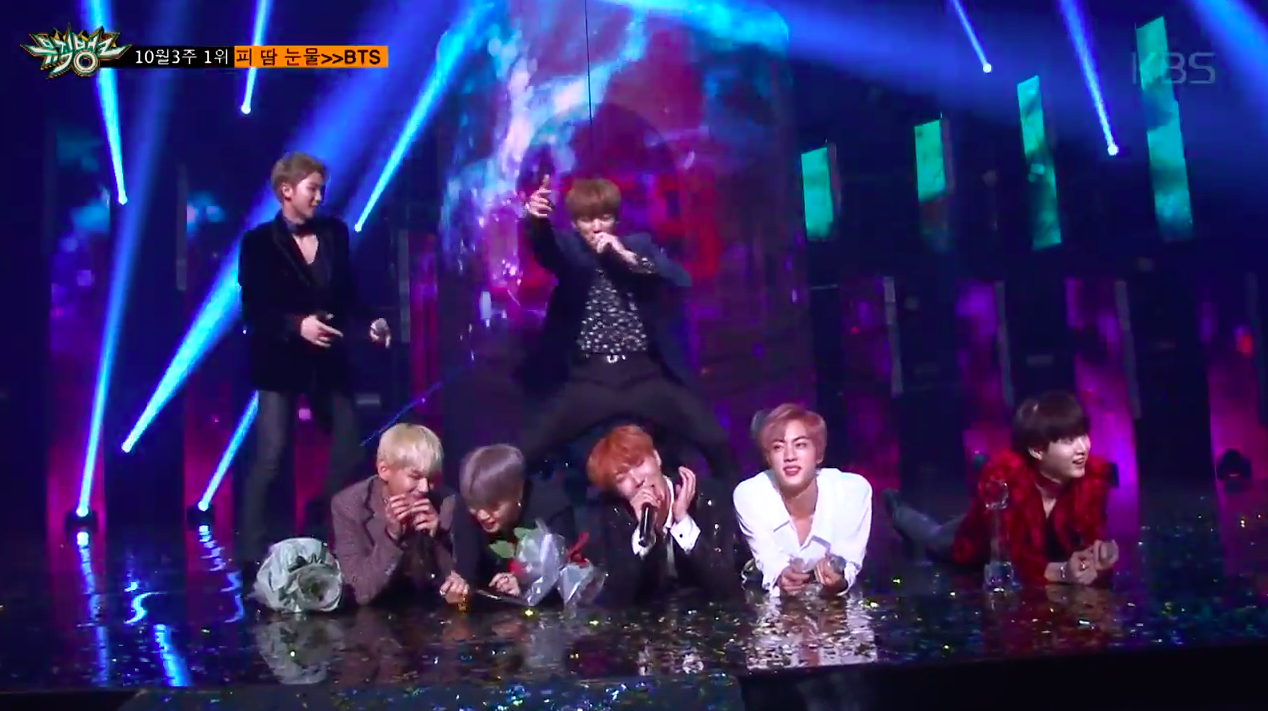 Watch: BTS Shows Off Aegyo And Maknae Jungkook Literally Gets On Top In Full Version Of “Music Bank” Encore

The group took home their third trophy for their hit track “Blood Sweat & Tears” last Friday on “Music Bank,” and they fulfilled their first place promise to do a “cute” version of the song during their encore. Viewers only got to see the beginning of their performance last week, but on October 24, KBS uploaded the whole thing, complete with lots of aegyo!

In addition, after Jimin lies down on the floor for one of his lines, V, Jin, Suga, and J-Hope join him, and Jungkook lives out his dreams as a true “maknae on top” by dancing over them before Rap Monster joins him. The video follows the guys all the way to the end, as Jin heads out first to get up close with fans in the audience, and the members are sure to say thank you to the crowd.

Watch the fun clip below!

Support the artist by buying BTS – WINGS from YesAsia
BTS
Music Bank
How does this article make you feel?