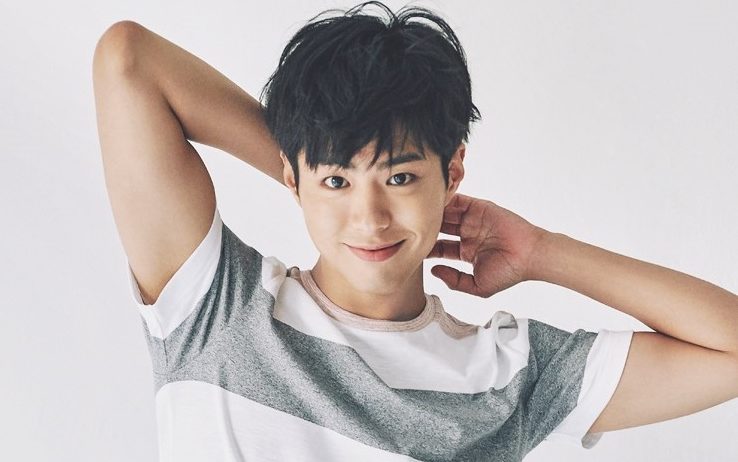 Surviving in the cutthroat entertainment industry with both talent and selling power, Park Bo Gum is steadily proving his worth as an actor.

He landed his breakout role in tvN’s “Reply 1988,” stayed in the limelight through KBS2’s “Moonlight Drawn By Clouds,” and has now become a household name despite the many concerns that he was too young to be a lead actor or if he already peaked in “Reply 1988.”

But despite displaying much growth five years into his career, Park Bo Gum has not changed. Throughout an interview with Yonhap News, he still says “Thank you” countless times and even apologizes for not being better prepared.

During the interview, he is asked if he felt burdened by the nickname “fairy of endings,” which he was dubbed for his acting during episode cliffhangers. “I didn’t feel burdened,” he says, and adds with a laugh, “The viewership rating always rose during endings so I felt good about it.”

He goes on to say, “Whenever I received the script, I always thought, ‘What kind of ending will it be today?’ and got very curious, nervous, and excited. But these cool scenes have to be acted out sincerely, so I put in a lot of effort.”

When asked about his singing for the drama’s soundtrack, Park Bo Gum states, “I still find it fascinating. I really like seeing my name on the album cover. It’s something I always wanted to do, and my wish came true.”

The actor shares that he has always liked music, but clarifies rumors that he once trained to be an idol singer. He explains, “Before I debuted [as an actor], I dreamed of becoming a singer and went on auditions. I’ve always loved music. But unlike what many people misunderstand, I didn’t become a trainee. I was never a trainee.”

In the interview, he also speaks fondly of “Moonlight Drawn By Clouds” and his castmates in the drama.