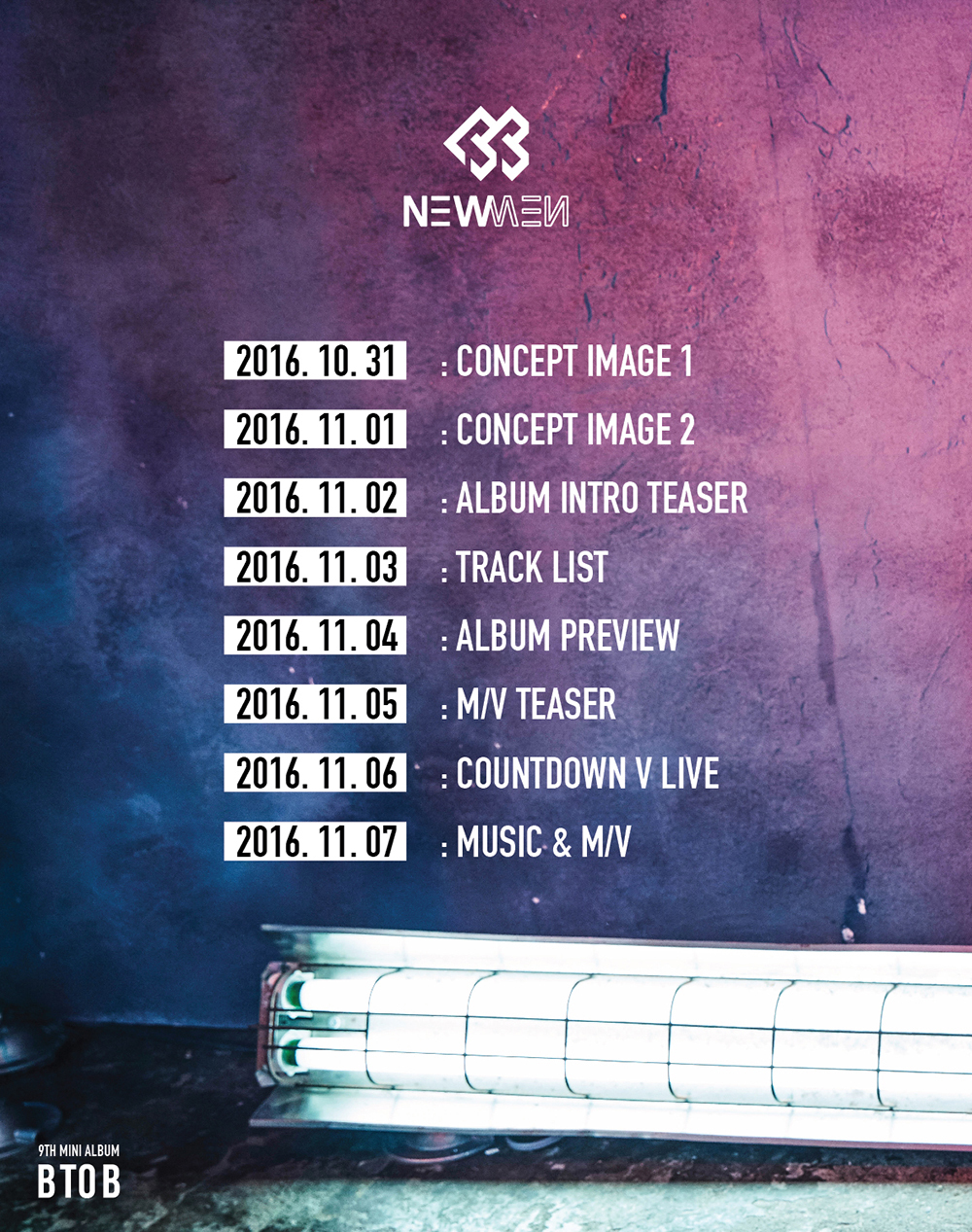 BTOB is gearing up for their comeback!

On October 28, BTOB revealed their comeback schedule for their ninth mini-album “NEW MEN” through their various official SNS channels.

According to their comeback schedule, their next teasers will be concept images unveiled on October 31 and November 1. Following that, the group will reveal their album intro teaser, track list, album preview, and more. “NEW MEN” will be officially released on November 7.

This comeback marks the group’s first comeback with a dance track in approximately two years and two months. Their comeback title track will be “I’ll Be Your Man” which will feature a completely different image from the group.