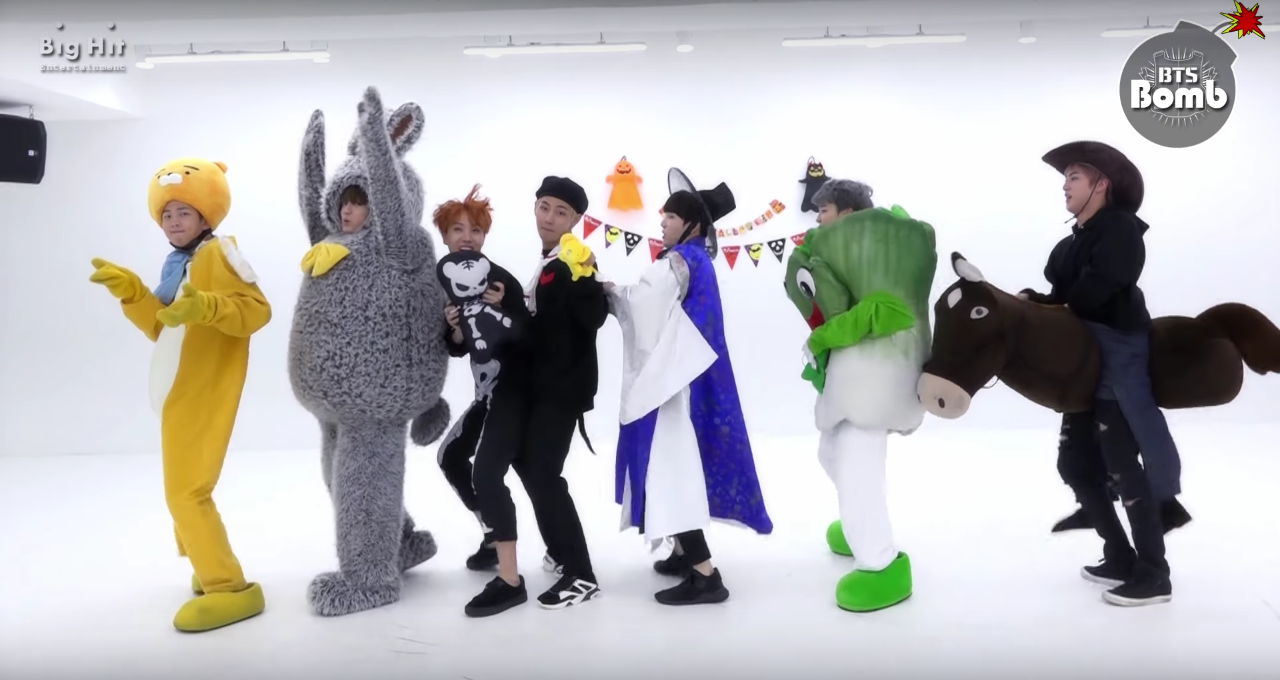 Watch: BTS Is Looking For Their “21st Century Girl” In New Dance Practice As…Cabbage And Friends?

Halloween wouldn’t quite be Halloween without another hilarious dance practice from BTS in costumes.

They passionately dance to “21st Century Girl” as Ryan (from Kakao), a bunny, a skeleton, and more. (Do not be fooled, V is dressed as a “Cardcaptor Sakura” character, not a sailor.) However, the real kicker is Jimin, whose face isn’t even visible until it suddenly pops out in the middle of the cabbage costume he sports. Of course, the idol continues to pop in and out, just because he can.

According to a previous tweet, they’re wearing a variety of costumes because they weren’t sure what Armies would like, or so they say before adding the amusing disclaimer that they just really wanted to wear these costumes.

Watch another amazing dance practice from BTS and let us know what was your favorite costume!