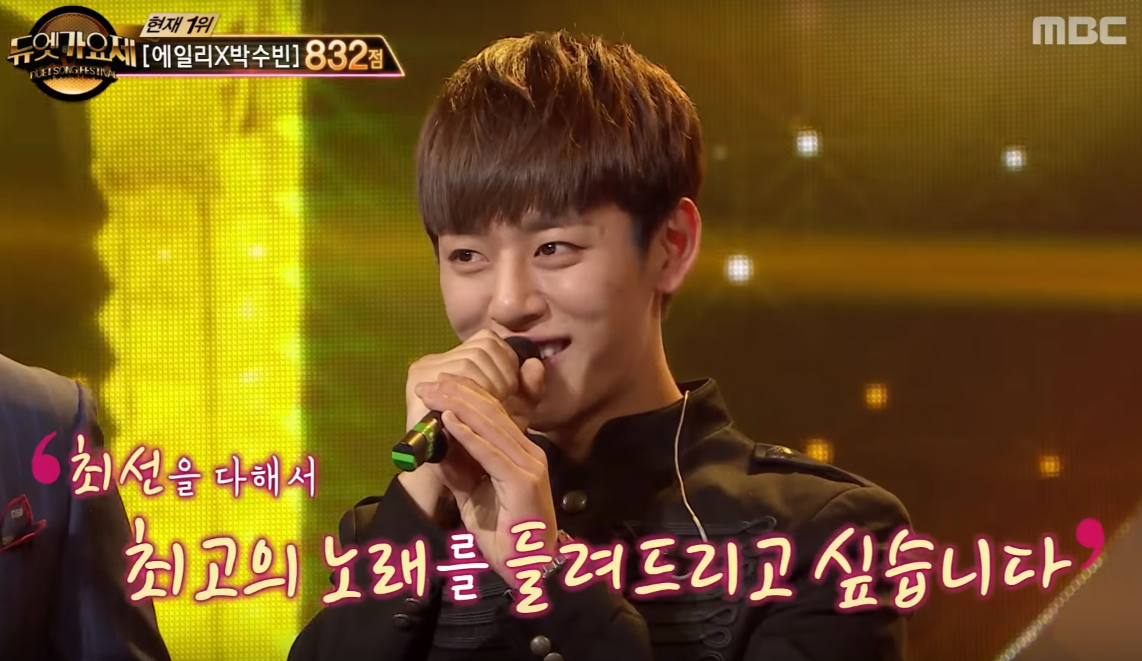 B.A.P’s Daehyun Candidly Discusses How He Felt While Preparing For “Duet Song Festival”

They always put their best face forward, but even idols encounter difficult emotions behind closed doors.

On the October 28 broadcast of MBC’s “Duet Song Festival,” Lee Suk Hoon, Han Dong Geun, Kim Jo Han, Ailee, K.Will, and B.A.P’s Daehyun battled it out to try and be crowned the champion of this episode.

The fourth pair up, Daehyun and his 19-year-old partner Jang Hye Su performed their own rendition of Kim Gun Mo’s “Beautiful Goodbye.” Despite the fact he was still recovering from a sore throat at the time this was recorded, Daehyun gives it all to put on a beautiful, heartfelt stage with his partner.

Following their performance, the idol reveals that he actually had a difficult time while preparing for this stage, but he wanted to be the best partner possible for Jang Hye Su.

“I practically lived in the practice room and was there all the time for over half a day. I actually fell into a little bit of a slump because I was so concerned and stressed about singing. My confidence fell, and at one point I even thought that I hated singing,” Daehyun confesses.

Holding back his tears, the singer continues on, “While I’m a little sad about today’s stage [because of my throat], I will put all my efforts into putting on the best performance one day.”

Watch their emotional performance as well as the rest of the episode on Viki!

Meanwhile, B.A.P will be making a comeback with “Noir” on November 7.

Duet Song Festival
B.A.P
Daehyun
How does this article make you feel?