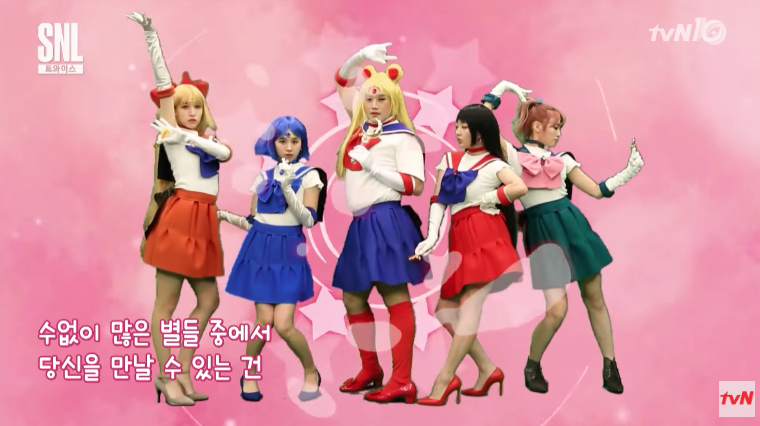 Watch the parody music video of the “Sailor Moon” opening theme song featuring TWICE on “SNL Korea 8” below! The video is also followed by plenty of bloopers that you won’t want to miss!

On October 29, tvN’s “SNL Korea” released some teaser images of TWICE’s guest appearance on the show. 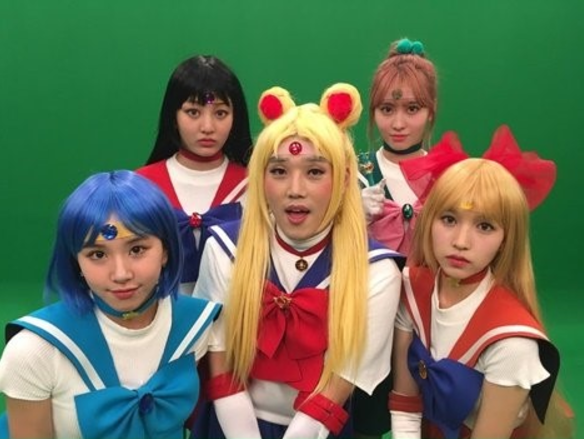 Kwon Hyuk Soo has recently been gaining attention for transforming into female anime characters every episode. Last week, he transformed into Cardcaptor Sakura. This will be the first time he transforms alongside guests. 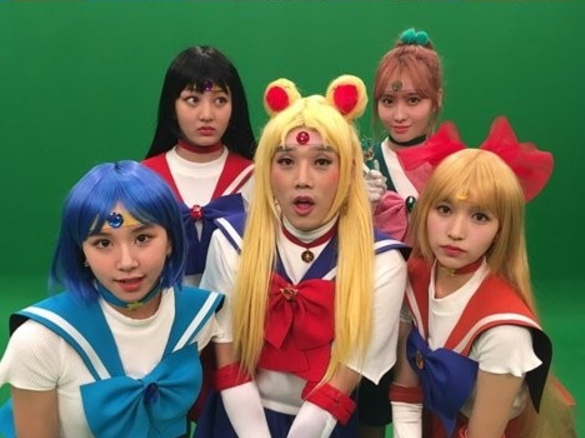 Producers from “SNL Korea” said, “Kwon Hyuk Soo and TWICE had perfect chemistry and filmed in a friendly atmosphere. TWICE transformed into Sailor Moon so well from the choreography to their expressions that it looks like you’re looking at the real Sailor Moon.”

TWICE’s appearance on “SNL Korea” will air on October 29.

TWICE
SNL Korea
How does this article make you feel?