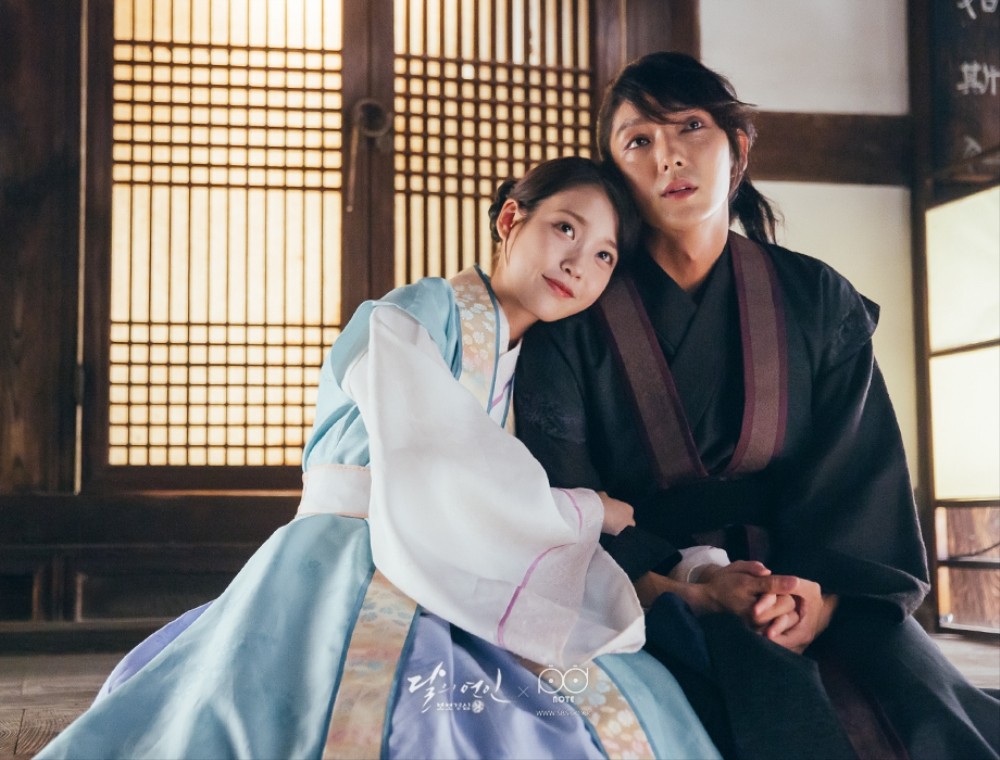 On October 29, “Scarlet Heart: Goryeo” star IU shared a bit of an insight into the show’s effects through a funny video on Instagram!

The behind-the-scenes clip appears to be from the cast and crew’s filming of the scene from the end of the first episode of “Scarlet Heart: Goryeo.” In the scene, IU’s character Hae Soo is shocked when Lee Joon Gi’s character Wang So rides by on a horse and grabs her to prevent her from falling into a river.

In IU’s video, she can’t help but crack up as she puts on a shocked face and holds out her arms for her close-up. Lee Joon Gi then holds a hair dryer on himself to make him look windswept as he pretends to ride a horse, before we see him holding up two small fans on IU as she films her close up again.

In the caption on Instagram, IU writes, “A fun summer in the forest.” Lee Joon Gi comments on her post, “It’s a really cool special effect, right?”

“Scarlet Heart: Goryeo” will be airing its final two episodes soon, on October 31 and November 1. Are you ready?