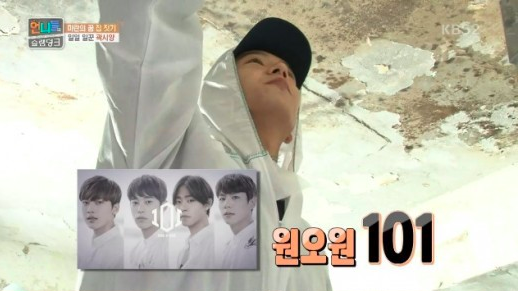 Actor Kwak Si Yang was a guest on the October 28 episode of KBS’s “Sister’s Slam Dunk!”

On the episode, he helps the members paint a wall. When Kim Sook asks him if he lives alone, he says he lives with his members.

“Are you an idol?” Ra Mi Ran asks in surprise, but Kim Sook says knowledgeably, “Kwak Si Yang is in a band.”

Kwak Si Yang explains that he is in a four-member band called 101 (One O One), but Ra Mi Ran compares the name to project girl group I.O.I from “Produce 101.” 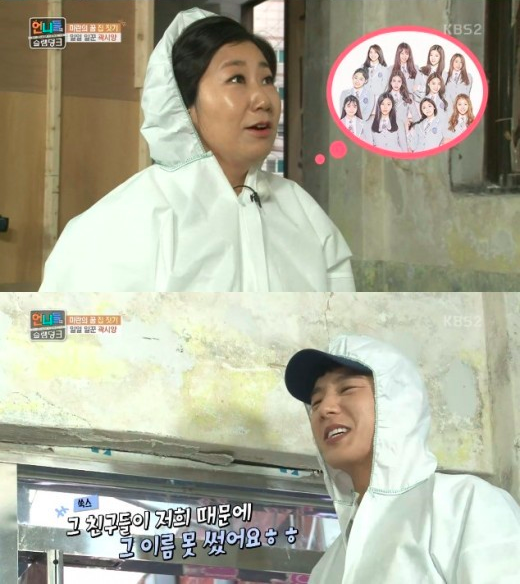 Laughing, the actor says, “That’s why they are called I.O.I. Because of our band name.”

101 (One O One) is a project group formed under Starhaus Entertainment. The other members are Kwon Do Kyun, Song Won Seok, and Ahn Hyo Seop (Paul). They debuted in 2015 and have released three digital singles.

Watch the cute interaction between the Unnies and Kwak Si Yang on the latest episode of “Sister’s Slam Dunk” below!