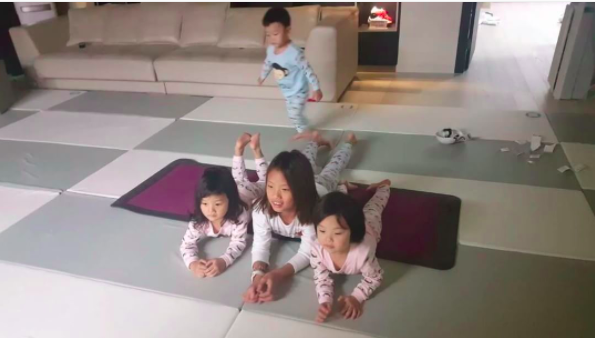 Daebak And His Sisters Work Their Muscles In Adorable Exercise Routine

Daebak and his sisters are out to steal your hearts (for the millionth time) in their adorable daily exercise routine!

In their mom’s latest Instagram video, oldest sister Je Shi leads Seol Ah, Soo Ah, and Daebak in some core/back exercises. In addition to testing their muscles and flexibility, the kids look like little seals bobbing up and down.

The caption reads, “The three siblings who listen well to their older sister. Je Shi’s troops. Jea unni is… doing some late homework.”

Lee Dong Gook, who is a famous soccer player, appears to have passed down his athletic genes to his children! He often tests them in physical activities such as fencing on “The Return of Superman”, and his daughter Jea is already a competitive junior tennis player.

Watch the siblings in the latest episode of “The Return of Superman” below!