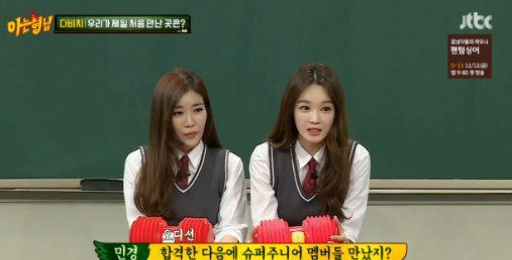 Davichi’s Lee Hae Ri and Kang Min Kyung make a guest appearance on the October 29 episode of “Ask Us Anything,” where they open up about their first impressions of each other!

Kang Min Kyung shares her impression of Lee Hae Ri, saying, “I was a trainee when Lee Hae Ri auditioned. When I saw her audition, she was so good. But at the time, Lee Hae Ri didn’t want to be in a team with me.” 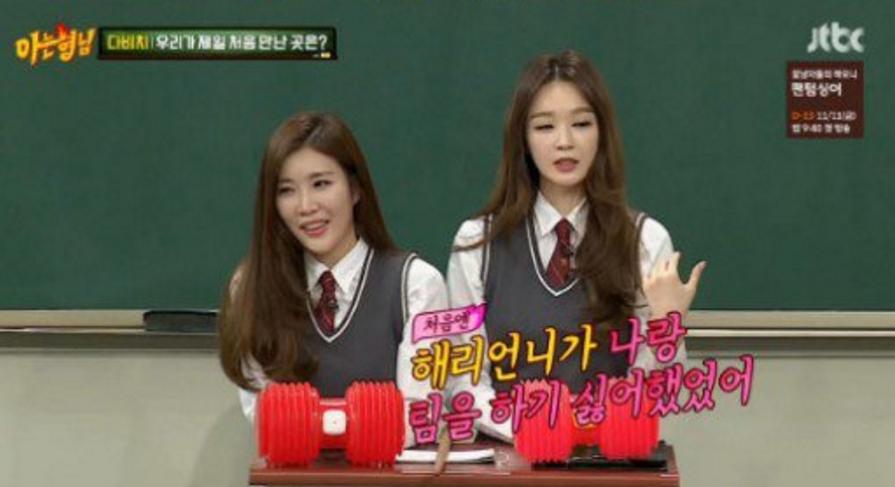 Lee Hae Ri adds, “I wanted to be a solo singer. But I changed my mind after I met Kang Min Kyung.”

Davichi recently came back on October 13 with a new mini album titled “50 X HALF.” Aren’t you glad they decided to team up as Davichi?

Support the artist by buying Davichi - 50 X Half from YesAsia

Ask Us Anything
Davichi
Kang Min Kyung
Lee Hae Ri
How does this article make you feel?