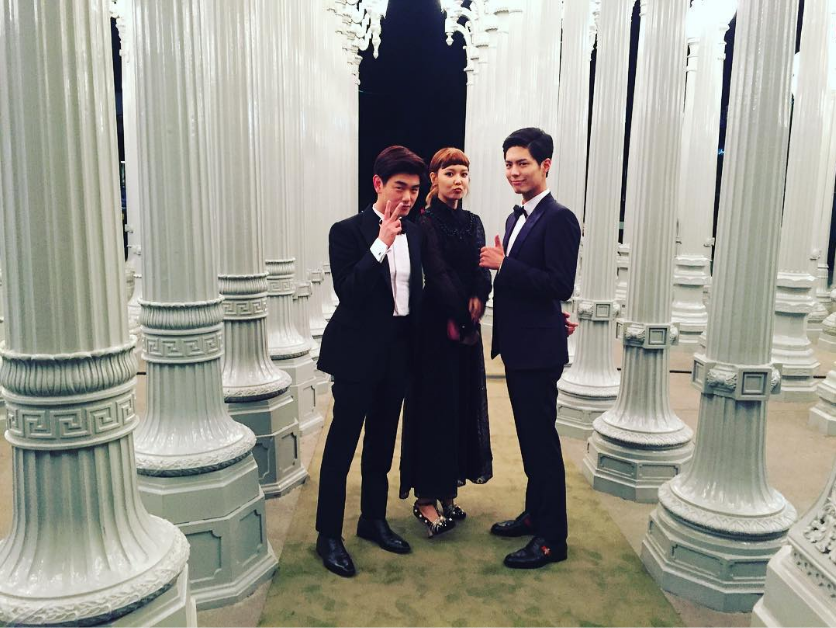 When in Los Angeles, California, it’s almost impossible to leave without taking a picture at the “Urban Light” installation in front of the entrance to the Los Angeles County Museum of Art.

On October 30 local time, Eric Nam posted a photo taken with none other than Girls’ Generation’s Sooyoung and Park Bo Gum at this very location on his Instagram. All three stars look spiffy dressed in classic, formal clothing as they each sport a different expression for the camera.

He adds an amusing caption that says, “I am a s[quid],” inferring that he thinks his looks can’t stand up to those of the idol and the actor.

Fans disagree of course, and leave encouraging as well as humorous comments such as, “You’re not a squid,” “Wow, what is going on?,” “They look so friendly with each other,” and best of all, “Eric Nam, your face has gotten red [from being next to Sooyoung].”

It’s so nice to see actors and singers alike together in one photo!