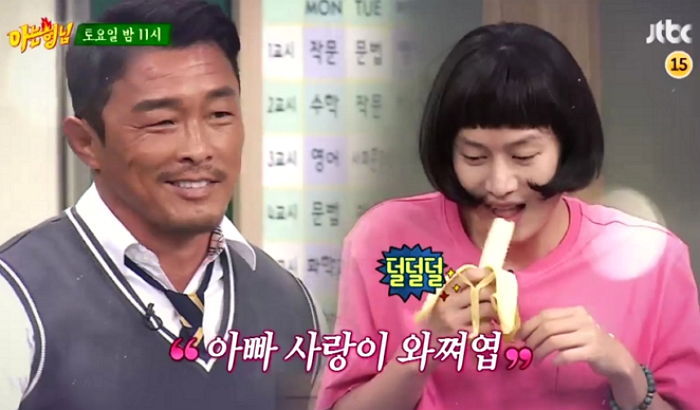 Recently, “Ask Us Anything” released a hilarious preview for Choo Sung Hoon’s upcoming appearance on the show!

In the clip, as Choo Sung Hoon enters the set, he sees Kim Heechul dressed as his adorable daughter Sarang. Kim Heechul acts cute and trails after Choo Sung Hoon around the set. He then eats a banana and imitates the cute squeals of delight that Choo Sarang is known for. 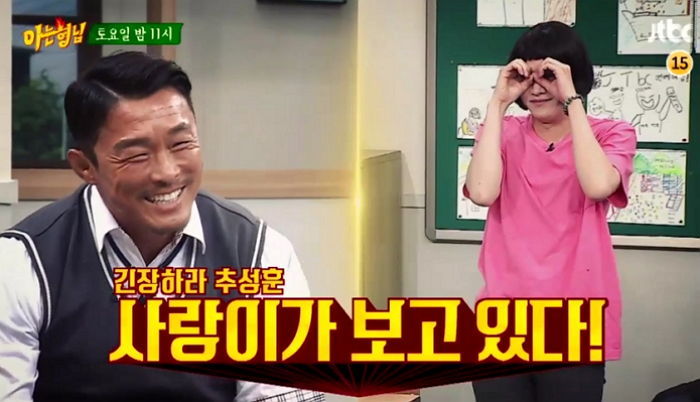 Choo Sung Hoon tries to play it off at first, but Kim Heechul continues to follow him around, squealing, “Dad!”

Girls’ Generation member Yuri is also a guest on the show, and when Choo Sung Hoon says he considers her to be the prettiest in Girls’ Generation, Kim Heechul, who is still in character as Sarang, squeals out, “No! Sarang is watching!”

The upcoming episode is set to air on November 5.

Check out the funny clip below!

Girls' Generation
Choo Sarang
Ask Us Anything
Yuri
Choo Sung Hoon
Kim Heechul
How does this article make you feel?