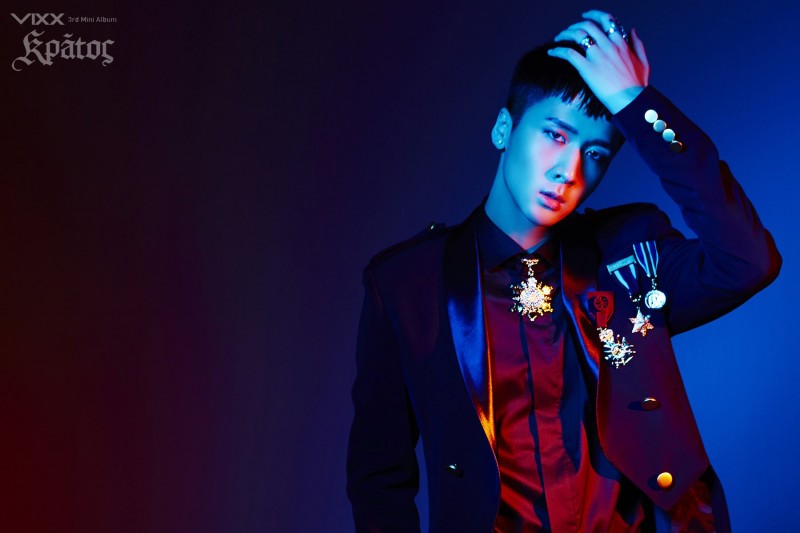 On October 31, VIXX held a showcase for their recent comeback with the mini-album “Kratos” and the title track “The Closer.” “Kratos” is the final album in their three-part “Conception” series that began earlier this year.

At the showcase, Ravi said, “Now that I’ve started exercising, I’ve started getting more ambitious. I want the kind of body that’s fit even when I’m not exercising or not eating protein, so I decided I need to work harder.”

Hearing this, leader N commented, “Ravi has really worked out a lot and changed his appearance. The other members are inspired by him to exercise more and maintain their physique. Since our concept this time involves uniforms, it’s important to have a good body. I think Ravi has gotten really confident, because lately he’s been practicing choreography with his shirt off.”

VIXX made their comeback at midnight KST on October 31.

Support the artist by buying VIXX - Kratos from YesAsia

VIXX
N
Ravi
How does this article make you feel?