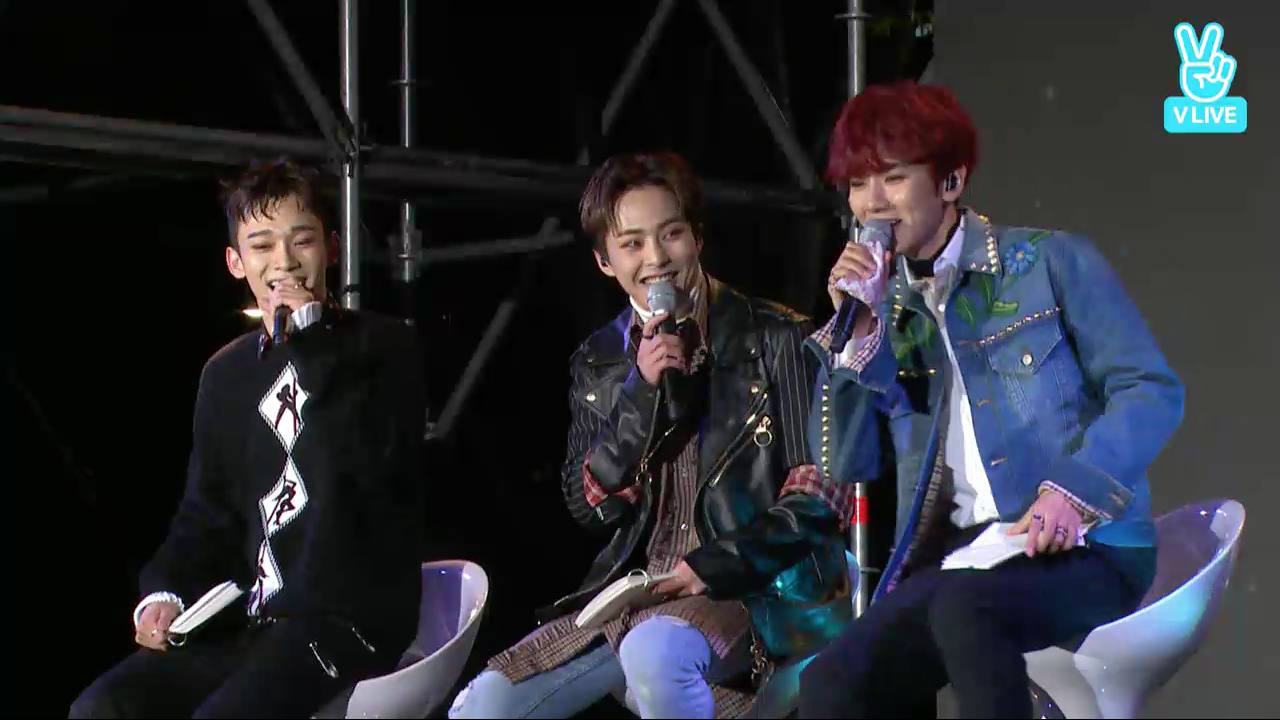 Despite the freezing temperatures, EXO-CBX lit up the stage with their laughter and fierce performances during their debut showcase for “Hey Mama!” on October 31.

They started things off by performing one of their b-side tracks, “The One,” which was partially revealed to fans through a hilarious video during EXO’s third solo concert, “The EXOr’dium.” 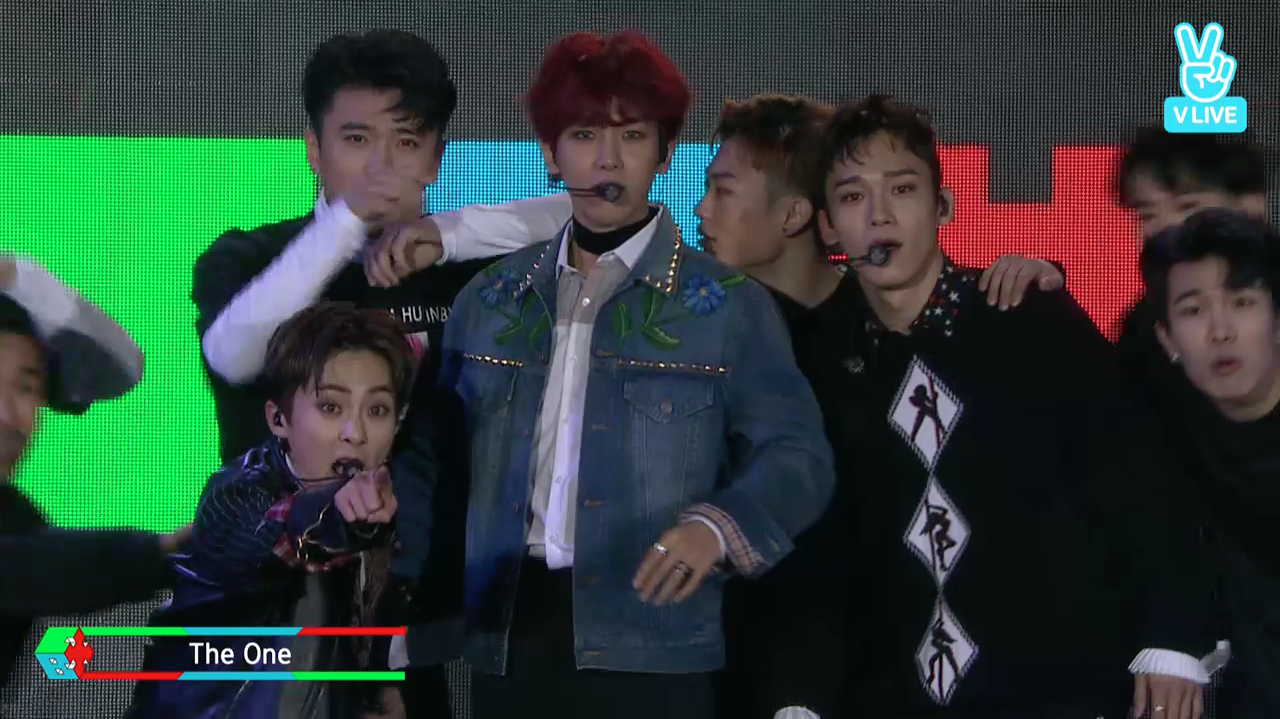 One amazing performance down, the trio begins their first talk session by thanking their fans for all of their love and support, as well as for the all-kill on the charts. They then take the chance to “properly” introduce themselves one by one.

After watching a short recap of the special live broadcast they held on October 30, the trio attempt to decide on a temporary leader for the sole purpose of the showcase through a series of games, such as guessing the song from just a single second (which you can play a Soompi version as well!), guessing the EXO member from a part of their face, and representing the letters “c,” “b,” and “x” with their bodies. 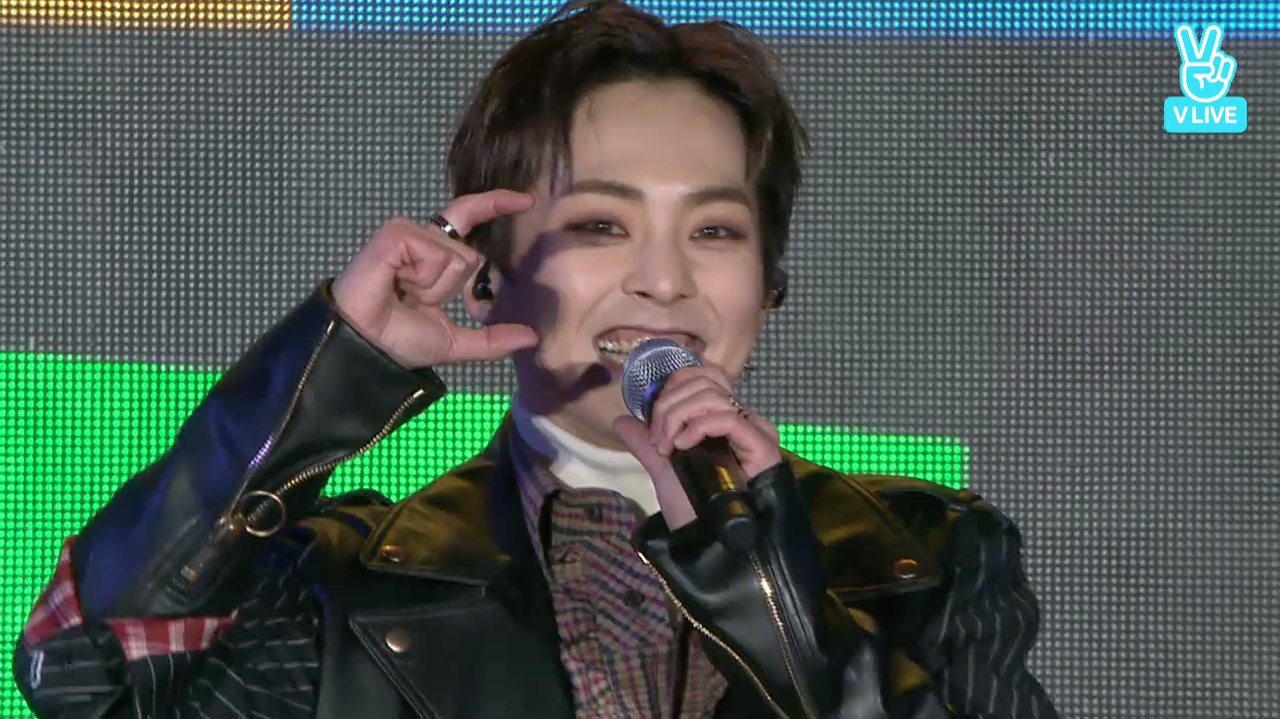 In the end, it’s all for naught as Xiumin is giving the temporary position as leader based on his age alone. Following his “crowning ceremony,” EXO-CBX tries to play a game of charades with the fans before realizing they misunderstood the game altogether. Apologizing for their mix-up, the trio instead moves onto their next performance of another b-side track, “Cherish.” 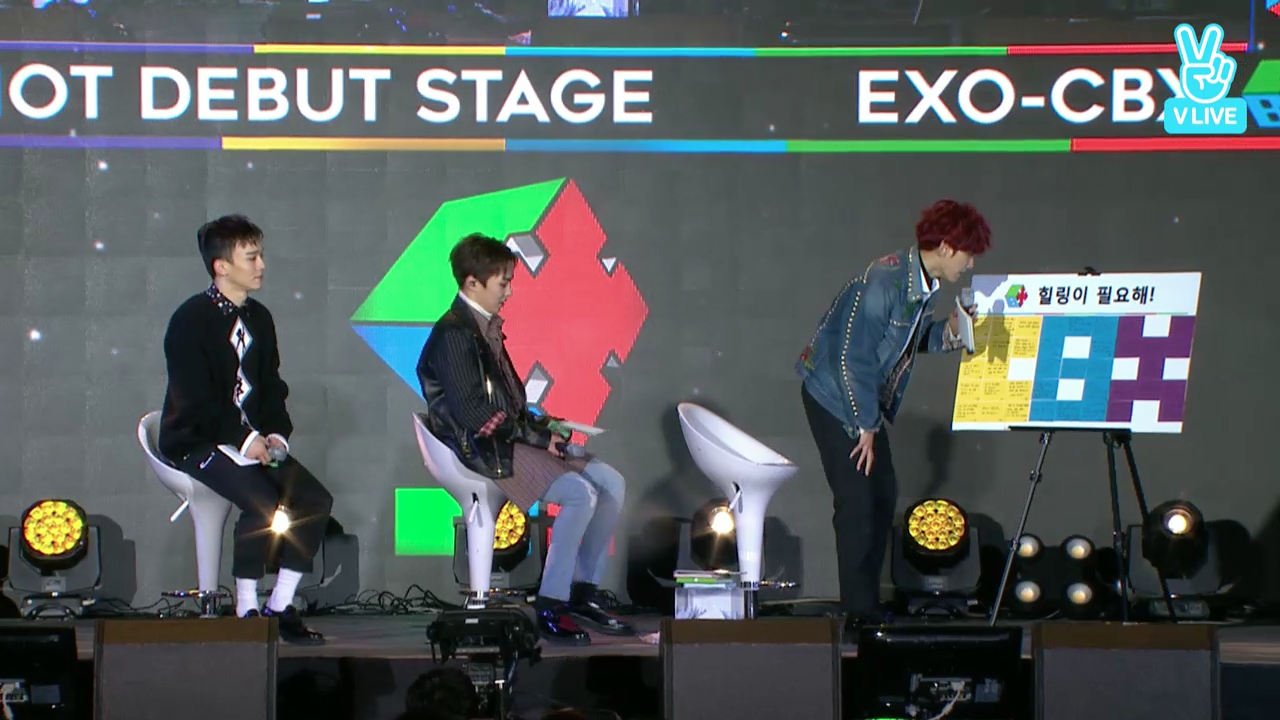 For their final talk session, the members take turns choosing and answering questions from fans “who need healing.”

Avid gamer Baekhyun amusingly chooses one that says, “My boyfriend is too addicted to games. I heard that playing games can be healing, is that true? [From] someone who has concerns because her boyfriend plays too many games.” He begins a long soliloquy of how playing games can relieve your stress, and insists, “The best part [for guys] is when they get to play games with their girlfriends.”

The member even reveals that his mom once tried to stop him from gaming too much by installing the same time-restricting software PC rooms (gaming centers) use. However, it was fruitless as Baekhyun says he just stole the card that would unlock the software so he could play games all night.

On a more serious note, all three members agree that it’s important that the fan who asked the question and her boyfriend should try to understand each other a little more and they should compromise on the matter of playing games. 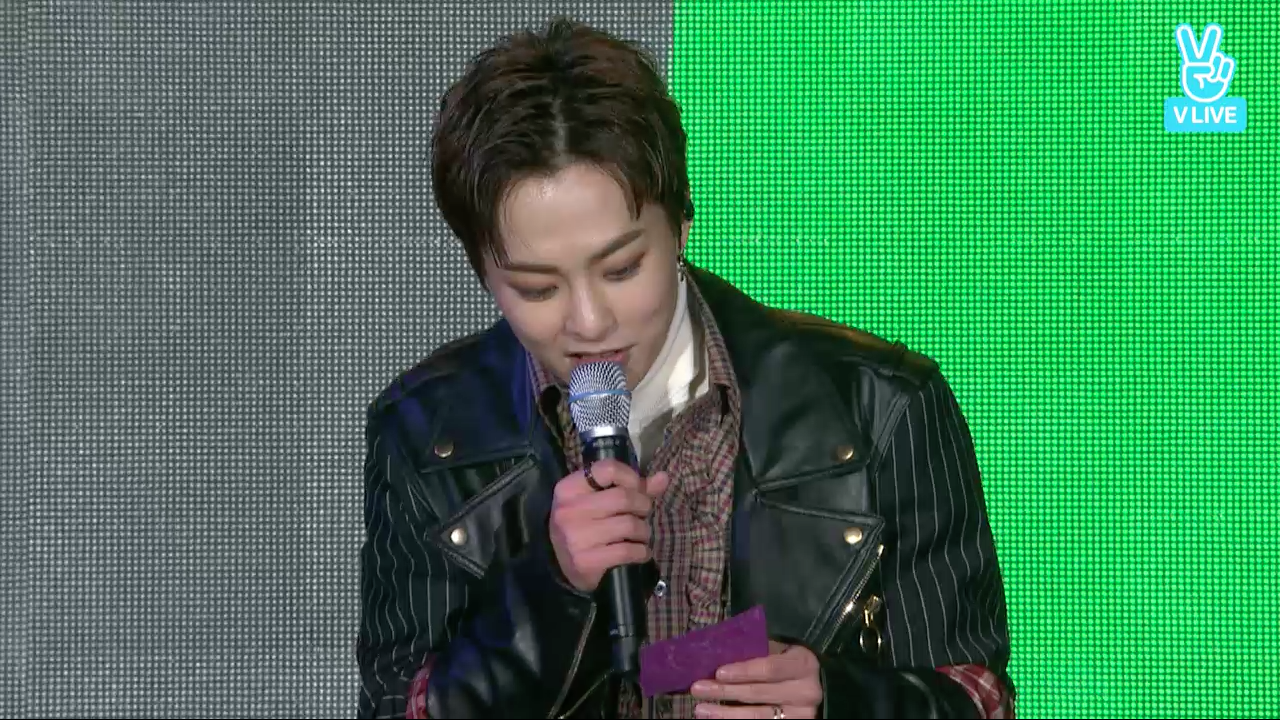 Meanwhile, Xiumin answers a question catered to his own interests as well. The fan’s question asks whether it’s better to lose more weight by not eating or less weight by exercising. Calling upon his personal experience, Xiumin says that it’s better and healthier to lose weight through exercise because you end up eating more if you try refrain from eating completely, to the agreement of Baekhyun and Chen.

Chen finishes up this segment by talking about age, getting older, and how to feel like you’re not wasting your life away. 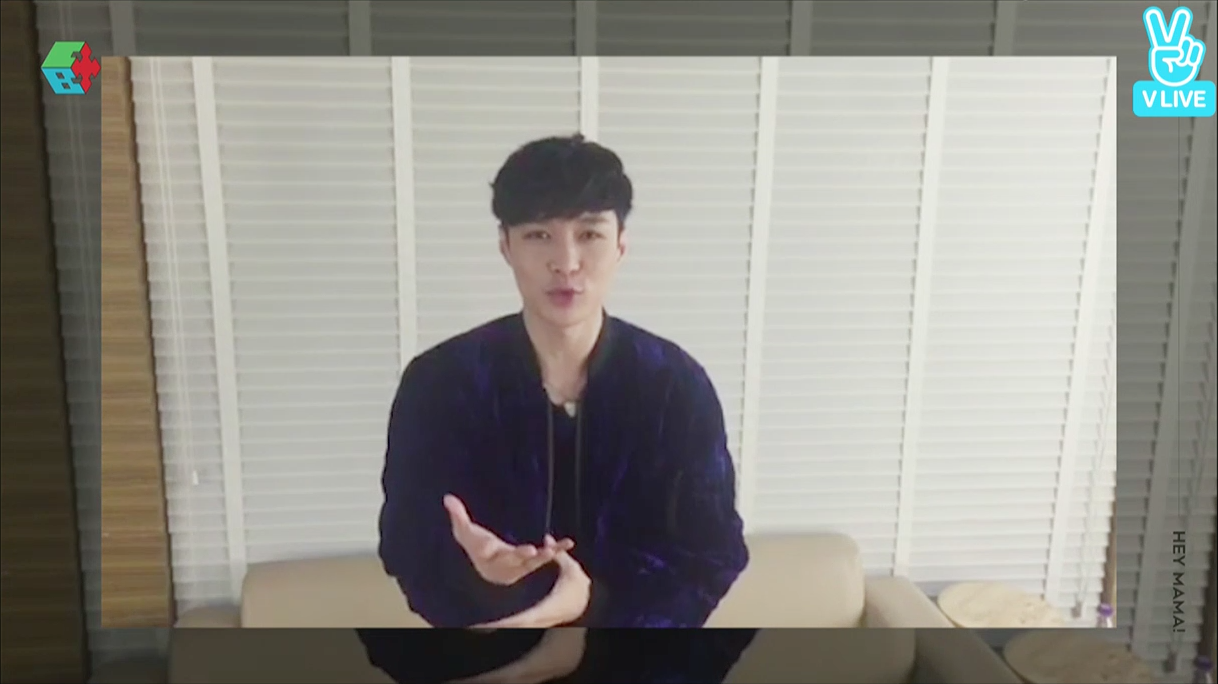 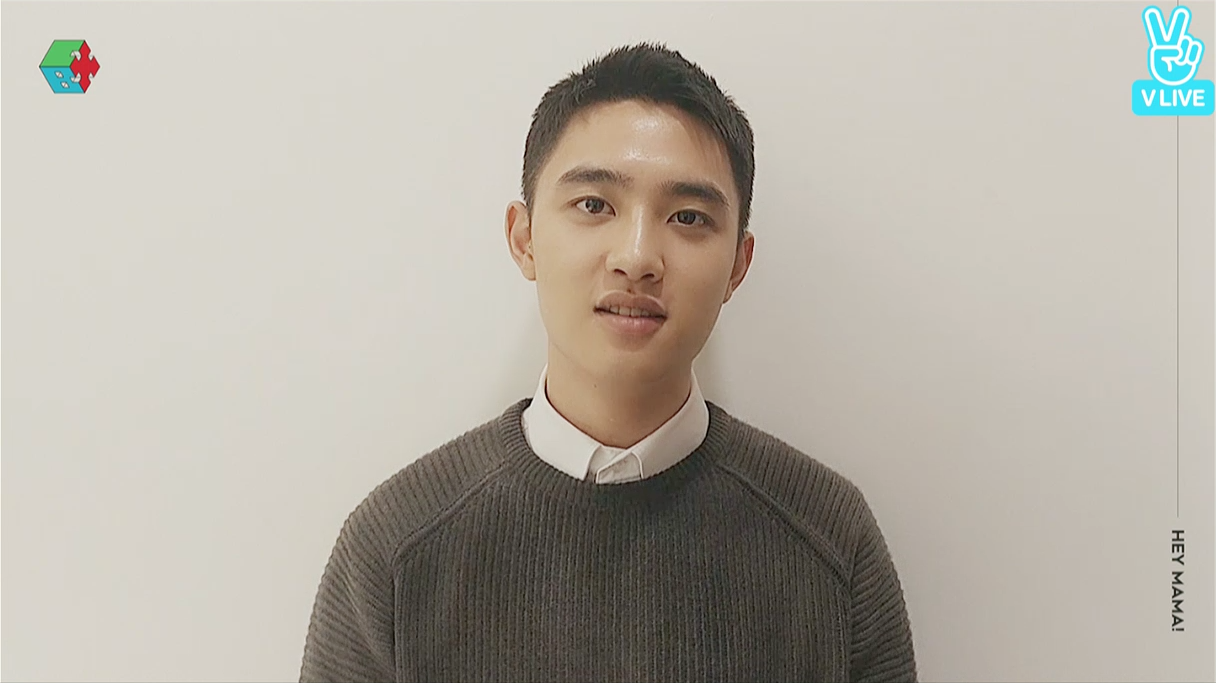 To wrap things up before their final performance, the trio is surprised with a touching video message from the rest of the EXO members, despite all of them being busy with their own individual schedules. Member Kai even calls to personally congratulate his members on their sub-unit debut. 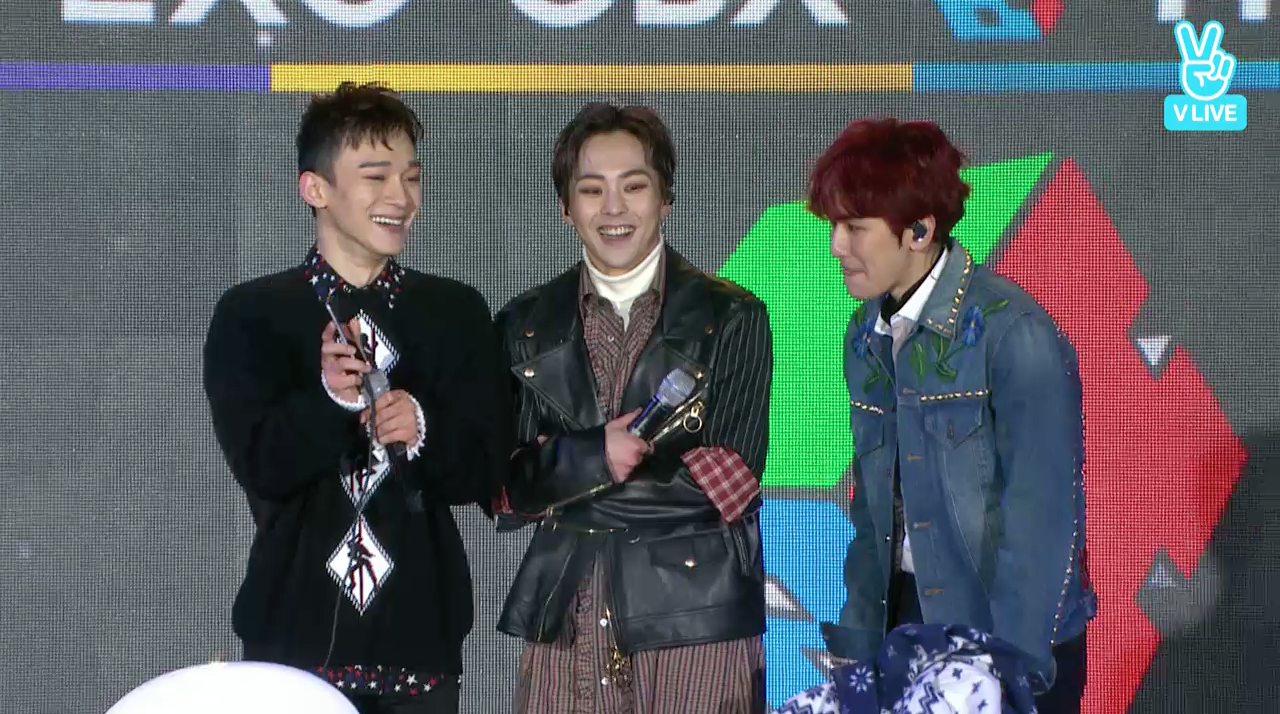 EXO-CBX finally finishes the showcase with an exciting debut performance of their title track, “Hey Mama!”

Check out the entire showcase and all of its hilarious moments here!