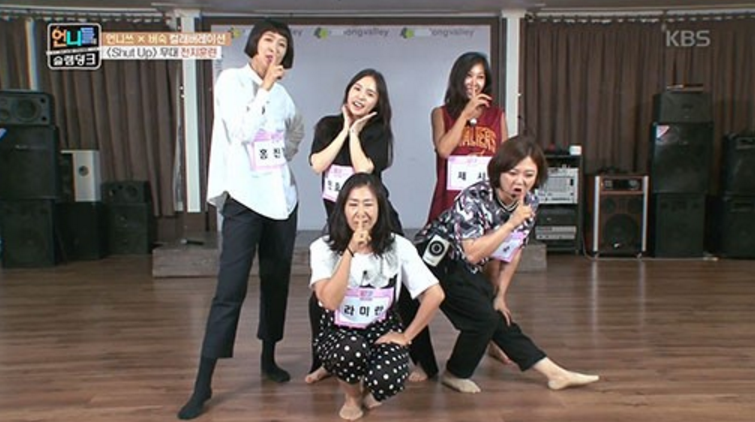 KBS has responded to some rumors regarding the future of variety show “Sisters’ Slam Dunk.”

On November 1, reports revealed that upcoming web drama “The Sound of Your Heart” (working title) would be broadcast in the time slot of “Sisters’ Slam Dunk.”

However, KBS responded by dismissing the reports. A source revealed, “One thing for certain is that it will not be the end for ‘Sisters’ Slam Dunk.’ We haven’t sorted out whether or not to proceed with a season. The same goes for the web drama as well.”

Meanwhile, some of the cast from “Sisters’ Slam Dunk” celebrated Halloween with some awesome costumes, and BTS recently made a surprise appearance on the show.