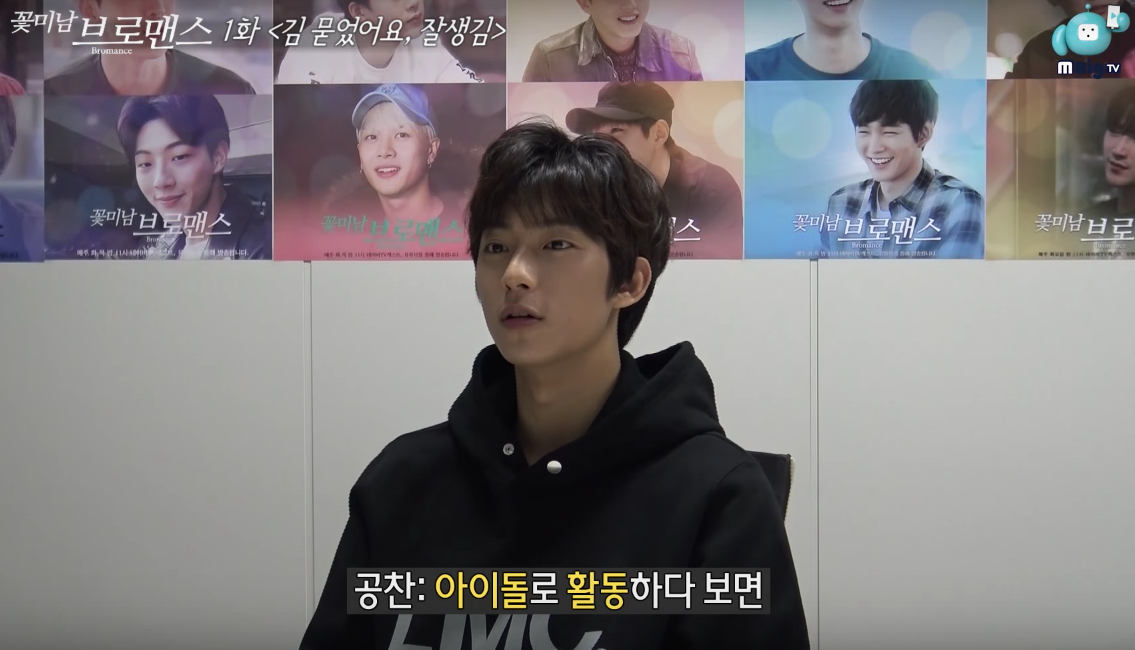 On the November 1 broadcast of MBig TV’s “Celebrity Bromance,” B1A4’s Gongchan and VIXX’s Hongbin escaped their hectic lifestyle for a short while and began relaxing trip together.

During an interview with the producers of the show, Gongchan talked about how Hongbin is his closest friend in the industry, and how they’ve been friends for about three years.

“He approached me first and opened up to me,” the idol said. He went on and candidly stated that it wasn’t easy to make friends while working as an idol because they are all “competitors” in the end. “I liked Hongbin who came up to me and said, ‘Let’s be friends,’ regardless of the situation,” Gongchan explained.

Meanwhile, the best friends started their journey by meeting up at the train station. They joked that their vacation was off to a “hard” start before they planned what to do and set off to the city of Chungju.

Check out the full episode below! (English subtitles are available.)

VIXX
B1A4
Gongchan
Hongbin
How does this article make you feel?