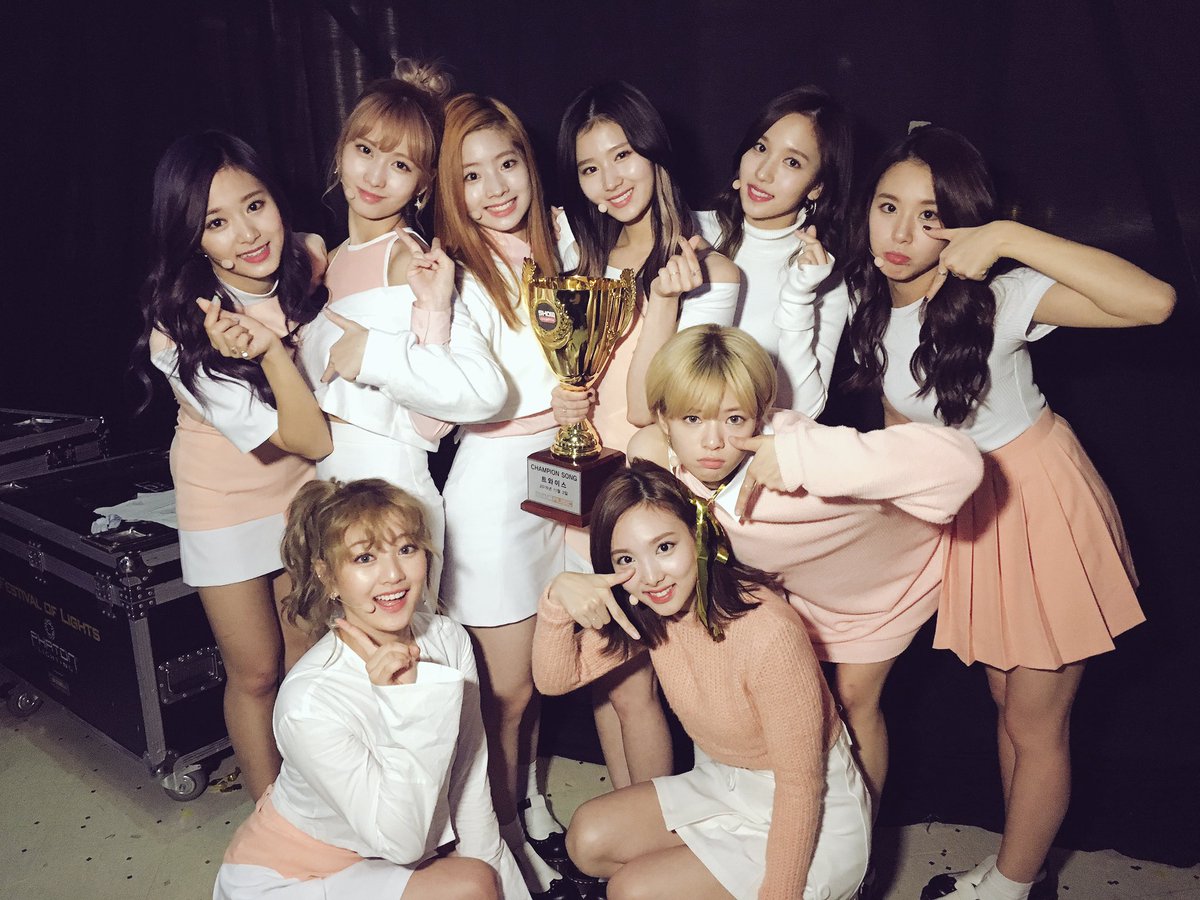 After winning their first trophy for “TT” on “The Show” yesterday, TWICE lands their second consecutive win for “TT” on the November 2 episode of music show “Show Champion”!

TWICE won out over first place contenders Park Hyo Shin, BTS, and Bolbbalgan Sachungi, and the win was extra special for the girls as it is their first trophy ever from “Show Champion.”

Following the win, TWICE released a video of Dahyun where she personally thanks fans for the win. You can watch it below!

You can catch some of the performances below!

MONSTA X
TWICE
VIXX
I.O.I
How does this article make you feel?