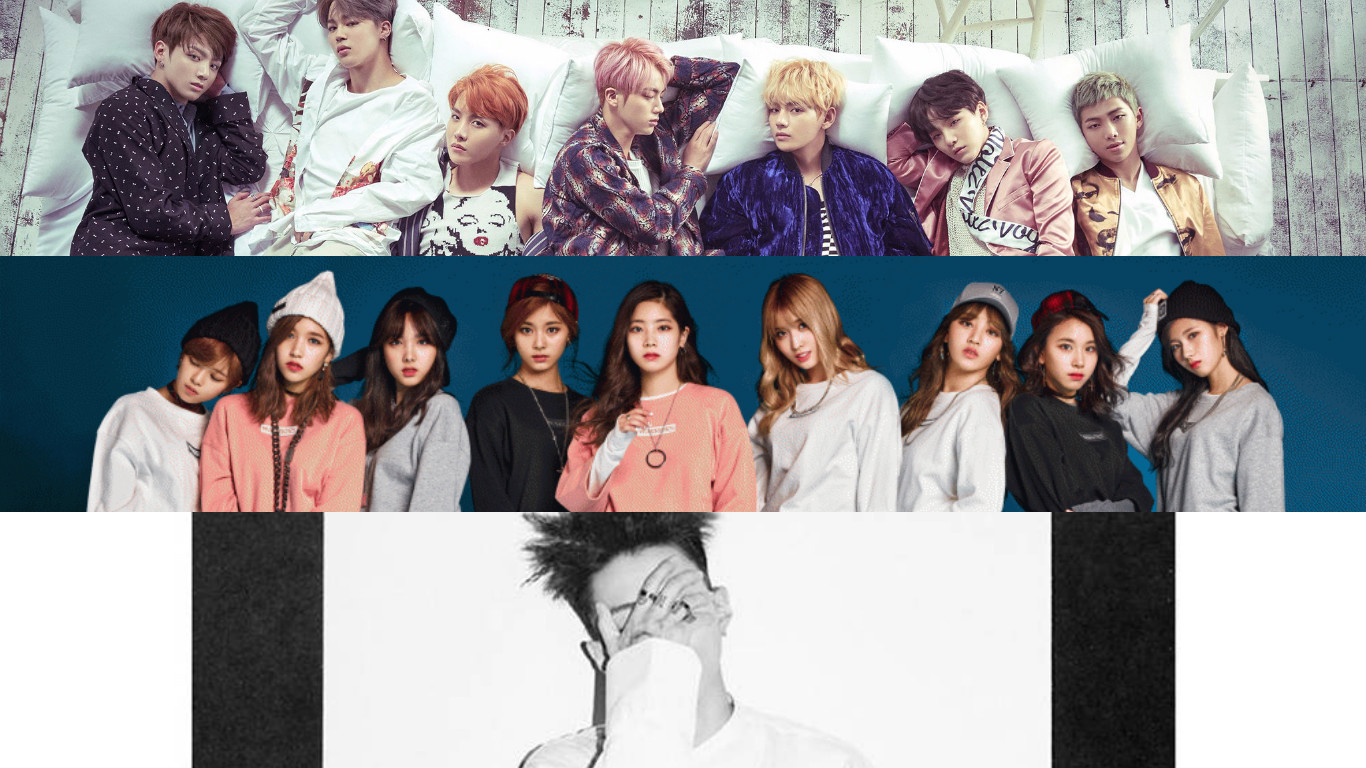 The Hallyu wave is alive and healthy as BTS, TWICE, and Jay Park all make it within the Top 5 this week on the Billboard World Albums chart.

As of November 2, BTS’s second studio album “Wings” is No. 2. Previously it had held the No. 1 spot on the Billboard World Albums chart for two consecutive weeks. However, the group continues to prove their worldwide popularity with a solid second place even almost a month after the album was released on October 10.

TWICE’s new mini-album “TWICEcoaster: LANE 1” is No. 3 as of the same date. The album was released on October 24 and the nine-member girl group are currently promoting their title track “TT.”

Jay Park’s new studio album “Everything You Wanted” is No. 4 as of the same date. The album was released on October 20.

The Billboard World Albums chart ranks albums released all over the world except for the United States based on their aggregated sales. 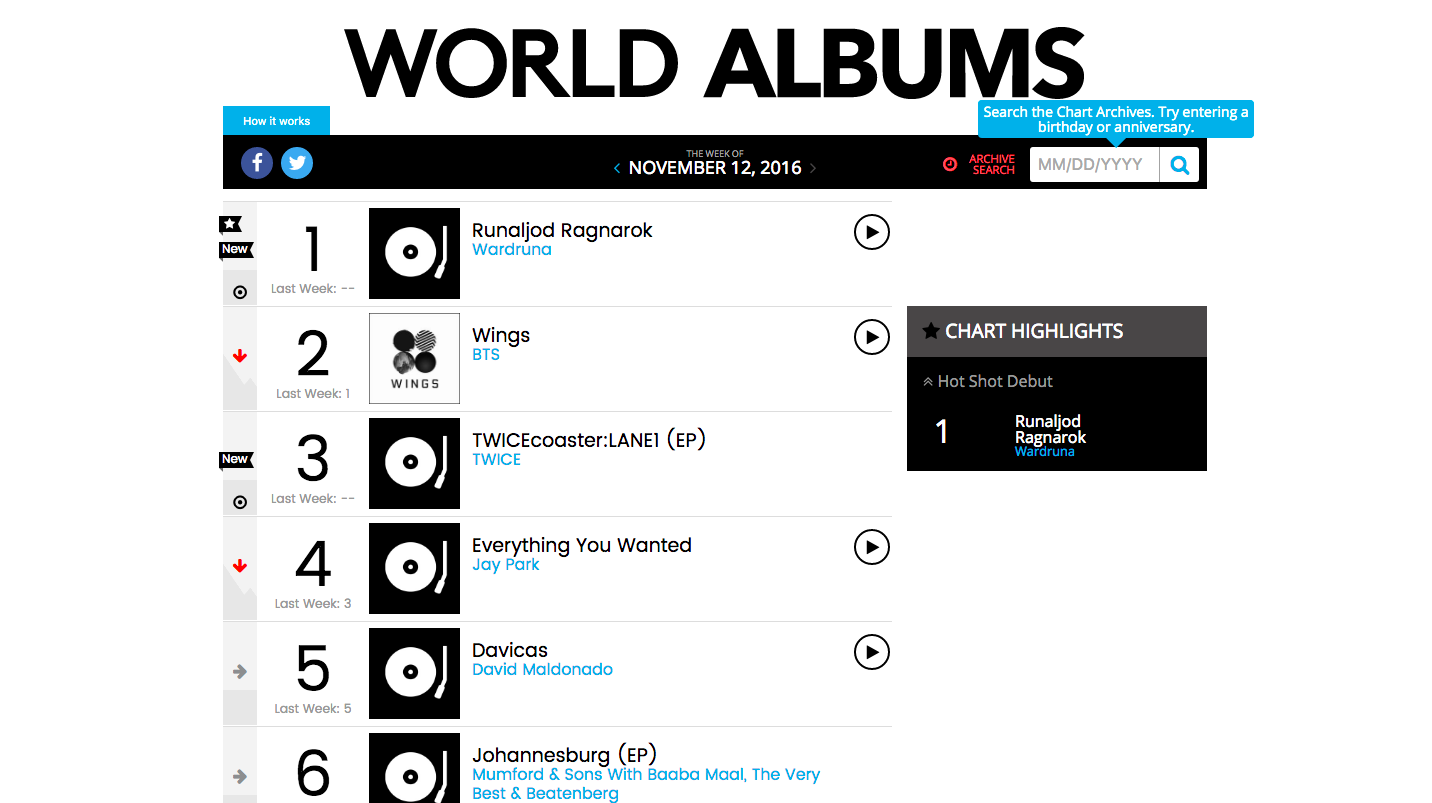 TWICE
BTS
Jay Park
How does this article make you feel?