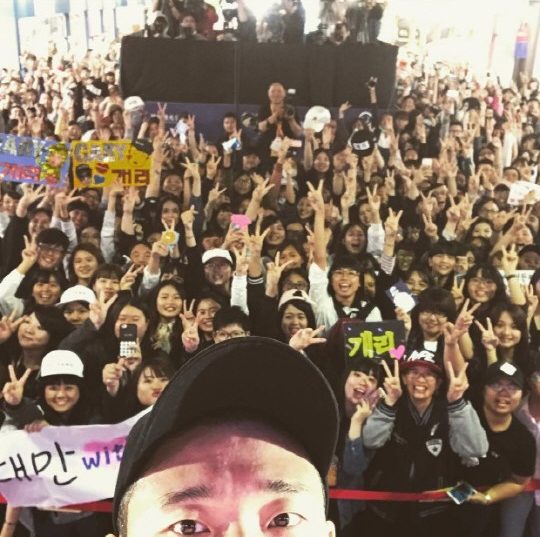 On November 3, Gary visited Taiwan on behalf of the Korean Tourism Organization and held a fan meeting with approximately 1,000 fans.

According to reports, Gary wanted to “apologize to the ‘Running Man’ fans in Taiwan. My heart is sorry that I could not be with the ‘Running Man’ members until the end. Although I’ve left the program, I did my best on the show. It hasn’t been long since I’ve left the show so I don’t quite feel it yet, but next week when the time comes around that I’m usually filming, I think I will feel empty.”

Afterwards, Gary played games with the fans and at one point, as he was introducing the Bulguksa Temple in Geongju, he mentioned that he was never able to visit it while filming “Running Man.” The MC then said, “Then, Gary, you can go back on the show [so you can visit it].”

Lastly, Gary opened up about his music, saying, “I’m currently preparing my new album. In order for me to care for my Taiwanese fans, I’m trying to have not only Korean songs but also songs with Chinese lyrics. I hope the next time I visit Taiwan, I can show off my new work.”

Catch up with some of Gary’s last moments on the latest episode of “Running Man” below!