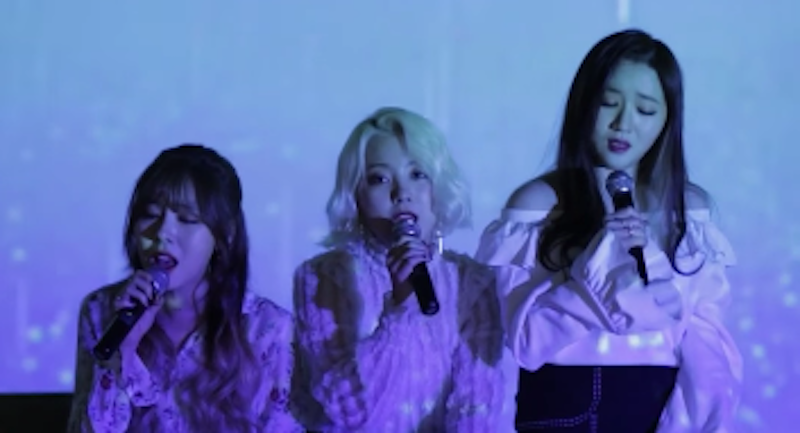 Watch: LADIES’ CODE Nails The Harmonies In Live Acoustic Version Of “The Rain”

LADIES’ CODE has dropped a live version of their comeback track “The Rain”!

In the newly released video of their performance, the group touts their strong vocals as they sing and harmonize over a smooth acoustic arrangement of the originally electronic pop-inspired track.

Meanwhile, LADIES’ CODE released mini album “STRANG3R” and the music video for “The Rain” on October 13. “STRANG3R” is a follow up to their single album “MYST3RY,” which was released earlier this year on February 15.

Did you enjoy LADIES’ CODE’s live rendition of “The Rain”?