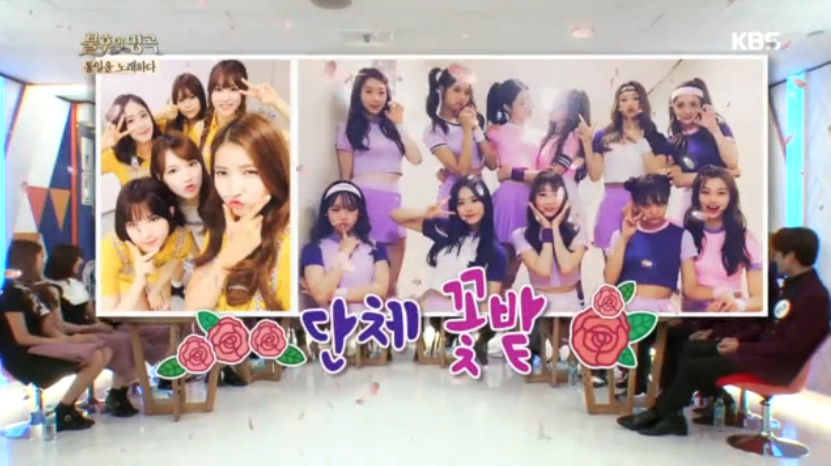 GFRIEND Dishes On Finally Getting Phones And Their Group Message With I.O.I

On the November 5 episode of “Immortal Songs: Singing the Legend,” girl group GFRIEND appeared on the show for the show’s national unification special.

“Do you still not have cellphones? Usually you get them when you win first place,” he said.

Sowon responded, “We do have them now,” and the entire studio exploded in celebratory applause.

Yerin smiled and said, “I’ve bought a whole bunch of emoticons because I use emoticons more than words to communicate.”

When Moon Hee Jun asked whom they talk with a lot via mobile messenger, Sowon responded, “We have a KakaoTalk group chat with our I.O.I friends.”

Moon Hee Jun teased Jung Jae Hyung, saying, “You must really want to get in on that [group message].”

Meanwhile, you can watch this episode of “Immortal Songs: Singing the Legend” featuring GFRIEND on Viki below!

GFRIEND
I.O.I
Immortal Songs
How does this article make you feel?