MAMAMOO’s Solar and Eric Nam made sure to make the most of their last day in Dubai with a romantic yacht ride!

The November 5 episode of the MBC variety show “We Got Married” showed Solar and Eric Nam embarking on their first couple yacht ride.

As soon as they stepped foot into the yacht, Solar reacted to the soft sheepskin rug underneath her bare feet. “It’s like a luxury yacht that you only see on TV,” she said, and added in English, “It’s amazing!”

They headed out to the deck where they were both immediately amazed by the beautiful view in front of them. Eric Nam then remembered the iconic scene from “Titanic,” and the two of them broke out in song as they reenacted the scene in their own cute way. 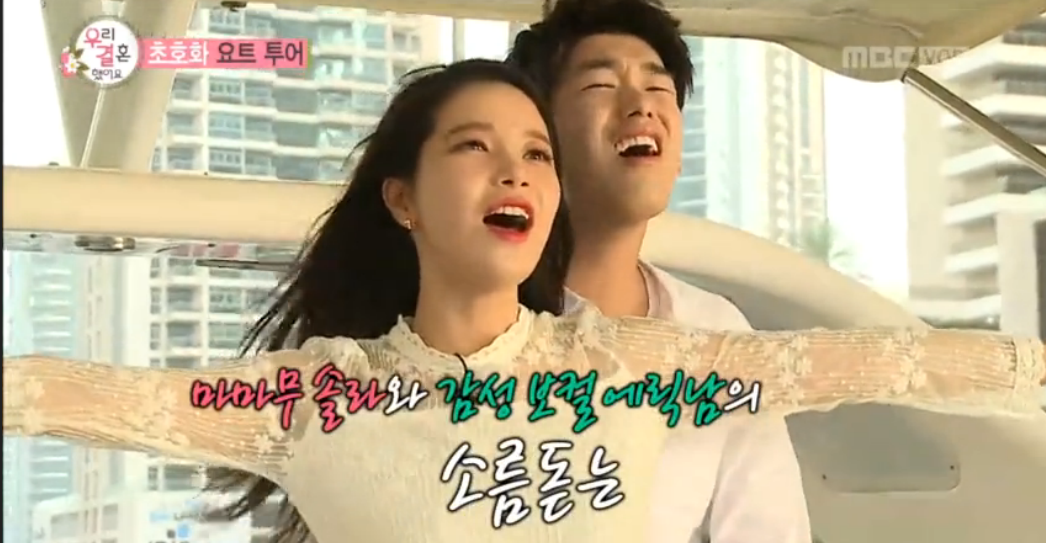 Later on, Solar cooked ketchup rice for Eric, which was a dish she had made earlier in their relationship. They even danced an encore performance of “My Ear’s Candy” that won them first place in the “We Got Married” Chuseok special.