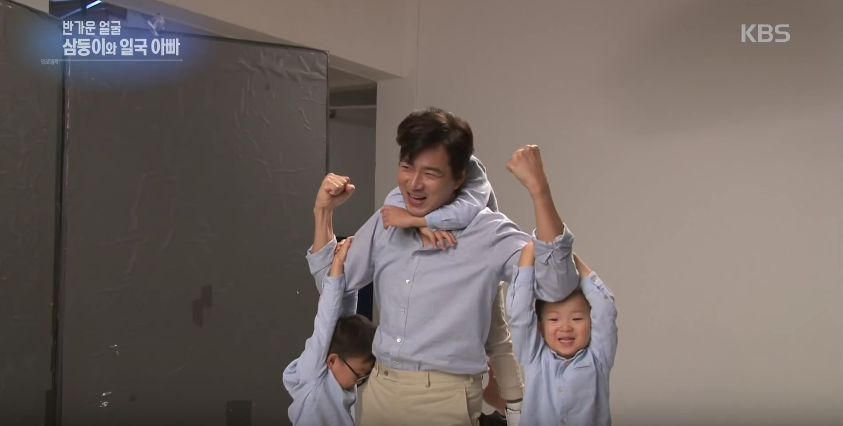 Song Il Gook Talks About How Much The Triplets Have Grown

The nation’s triplets, Daehan, Minguk, and Manse, made a welcomed appearance on the November 5 broadcast of “Entertainment Relay” with their father!

The broadcast revealed the triplets on the set of an advertisement shoot, where the boys looked much taller and stronger than before. When the reporter asked what they want to be when they grow up, Daehan tried to eat the mic, Minguk said a shark, and Manse chose a racecar driver.

In his interview with the reporter, Song Il Gook revealed that the boys are already five years old. He commented that they have gotten much heavier and also much smarter!

He shared a funny story that happened recently when he was trying to discipline Manse. After he finished scolding Manse, he said that Manse looked at him straight in the eyes and rebutted each point. Song Il Gook said he started to stammer and realized that Manse was correct, and revealed that he ended up taking the punishment alongside Manse!

Check out the funny videos below!