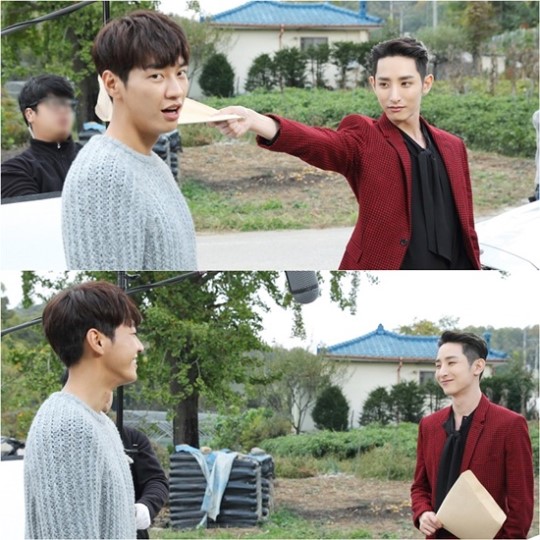 On November 4, KBS’s Monday-Tuesday drama “The Man Living In Our House” released some behind-the-scenes stills of actors Kim Young Kwang and Lee Soo Hyuk goofing off.

Unlike their characters in the drama, who are in conflict with one another, the two actors keep the bromance alive off-camera. Kim Young Kwang and Lee Soo Hyuk were known to be close friends in the entertainment industry even before they teamed up on the drama.

On set, they are known as the “switch couple” because they go from fighting in the drama to playful friends the moment the filming ends like an ON/OFF switch.

The two of them often burst into laughter or smiles just by accidentally looking each other in the eyes and kept the atmosphere light even during a funny and tense scene where Kim Young Kwang’s character tries to act like the man of the house to Lee Soo Hyuk’s character, who is having none of it.

“The Man Living in Our House” airs every Monday and Tuesday on KBS. Catch the latest episode on Viki!

Kim Young Kwang
Lee Soo Hyuk
The Man Living In Our House
How does this article make you feel?