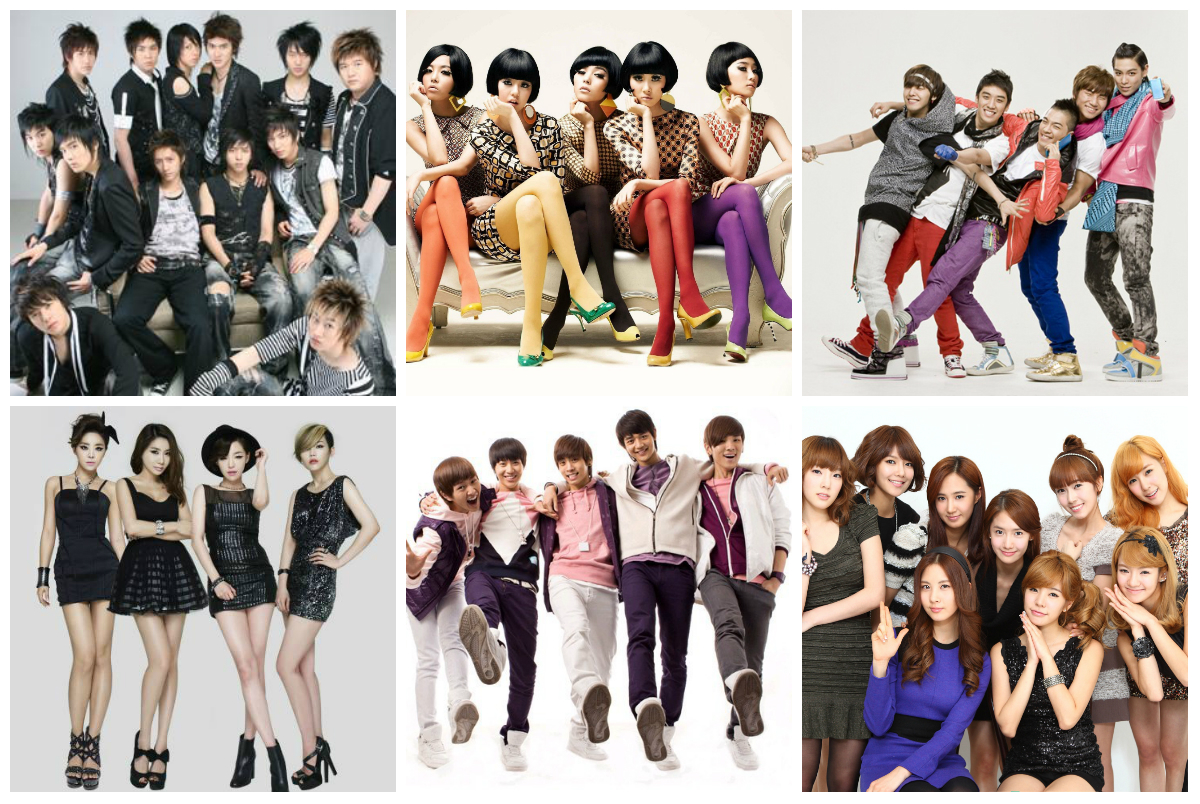 Throwback Thursday: Highlights From The Past 10 Years of K-Pop

K-pop is one of the fastest-moving industries out there, so whether you’re new to the K-pop scene or a longtime fan, you’ve probably got some sentimental feelings about previous comebacks, bygone eras, and other favorite moments from the past. Although there’s no way we could ever fit ALL of the best moments in K-pop into one post, this #TBT post is a nostalgic nod to some of the most memorable moments from our favorite idols. To all you well-versed unnies and oppas out there, prepare for a blast from the past — and to the fresh K-pop recruits, prepare to discover some oldies but goodies!

Ready for a trip down memory lane? Here are just a few highlights of glorious days gone by in the past 10 years of K-pop:

2006 was a good year for ballads, as it marked the big comeback of ballad queen Baek Ji Young with her song “I Won’t Love.” Lee Seung Gi also achieved great success with the hit ballad “Words That Are Hard to Say.” 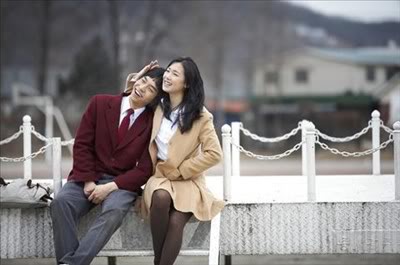 Shinhwa and SG Wannabe also released successful ballads such as “Once in a Lifetime” and “Partner for Life,” respectively. 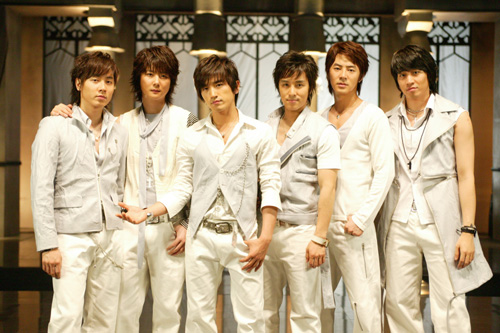 2006 also saw the debut of one of K-pop’s reigning superstar groups, BIGBANG. VIPs, can you believe it’s already been 10 years since these guys first hit the stage? 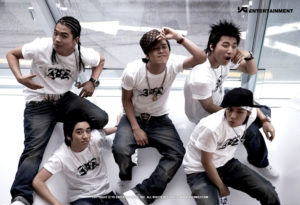 In 2007, K.Will released his first album, “Left Heart,” and the world rejoiced to hear his beautiful voice: 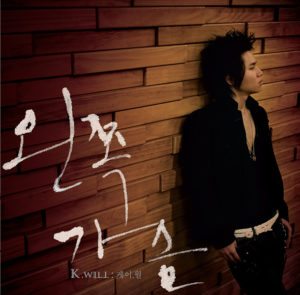 While another female artist, Younha, released her successful song “Password 486”:

And two of K-pop’s most well-known girl groups hit the scene during this year: Girls’ Generation and the Wonder Girls. 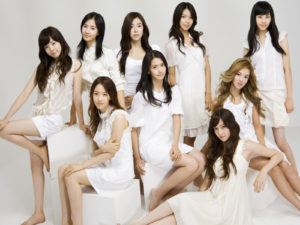 TVXQ released their fourth and most critically successful album “Mirotic.” Raise your hand if you read the title “Mirotic” and immediately heard that famous lyric “I got you under my skin”…

Speaking of earworms, the Wonder Girls had everybody dancing to their hit song “Nobody,” which snagged the girls several awards and found commercial success worldwide. YAS QUEENS.

Some notable debuts from 2008 include SHINee, 2AM, 2PM, and U-KISS. Please join me in squeeing over this GIF of baby debut-era SHINee.

The classics just kept rolling in 2009 with iconic songs like “Sorry Sorry” by Super Junior. If you read that title and started rubbing your hands together, dear Soompier, you are doing it right.

We also have to give a nod to “Gee,” one of the first songs that comes to mind for many fans when they think of Girls’ Generation!

Brown Eyed Girls had everyone swinging their hips with their song “Abracadabra”:

And KARA’s song “Mister” popularized the “butt dance” all over the world, with the Korean version of the song released in 2009 and a Japanese version the following year:

There were also a number of important debuts this year, including BEAST, 2NE1, f(x), 4Minute, Rainbow, and MBLAQ. This is also the year that Seo In Guk won “Superstar K”!

In 2010, IU also turned heads with the memorable high note in her peppy hit “Good Day.”

In 2010, BoA was already celebrating her 10-year debut anniversary! She released “Hurricane Venus,” her first full-length Korean album in five years. *bows down to the queen*

Some of 2010’s debuts include INFINITE, CNBLUE, SISTAR, Girl’s Day, and miss A. With moves like these, how could they not make a splash?

2011 was quite a year for Cube Entertainment. BEAST enjoyed success with two of their classic hits, “On Rainy Days” and “Fiction.” *shuffles feet*

HyunA made her solo debut with “Bubble Pop,” and she also teamed up with Jang Hyunseung to form Trouble Maker. *cue “Trouble Maker” whistle*

Outside of Cube, 2011 was also a busy year for INFINITE, who churned out hit after hit such as “BTD (Before the Dawn),” “Be Mine,” and “Paradise.”

Some of the groups who debuted in 2011 include Apink, Block B, and B1A4. This is also the year when Zion.T made his debut.

It’s impossible to look back on 2012 without remembering “Gangnam Style,” PSY’s hit song that smashed records and became a worldwide phenomenon with its “horse dance”:

But “Gangnam Style” wasn’t the only iconic hit to come out of 2012. Since we’re on the subject of dancing, BIGBANG’s (~wow~) “Fantastic Baby” made us all want to dance, dance, dance dance dance:

And we can’t forget that 2012 was the year that blessed us with SHINee’s classic hit “Sherlock.” *whispers* SHINee’s back…

Many beloved idol groups debuted in this year, including EXO, EXID, VIXX, BTOB, AOA, and B.A.P (wow, that was a lot of letters). 2012 also brought us two amazing female solo artists: Ailee and Lee Hi!

2013 saw the rise of EXO as one of K-pop’s hottest groups as they cranked out hit after hit with songs like “Wolf,” “Growl,” and “Miracles in December.”

Girls’ Generation kicked off 2013 with the release of “I Got a Boy,” while SISTAR had another summer hit with their sexy single “Give It To Me.”

VIXX also made a strong impression with the powerful choreography and dark concept of their music video for “Voodoo Doll.”

As for new idols, 2013 marks the year when BTS made their debut, along with male solo artists Eric Nam and Henry.

2014 was a year of many memorable hits by girl groups, such as the bright and bubbly song “Mr. Chu” by Apink:

There were also sultry singles like “Up and Down” by EXID and “Something” by Girl’s Day:

And let’s not forget edgy hits such as “Red Light” from f(x) and “Come Back Home” by 2NE1:

Some of today’s hottest groups made their debut in this year, including GOT7, Mamamoo, Red Velvet, Winner, Lovelyz, and Akdong Musician. What a year!

Honestly, it’s pretty much impossible to try to choose from the multitude of megahits from 2015. Girl groups churned out popular songs like “Crazy” by 4minute,”Um Oh Ah Yeh” by Mamamoo, and “Ice Cream Cake” by Red Velvet (where can I get one of these jackets though?!) …

While boy groups released smash hits like “Dope” by BTS, “Call Me Baby” by EXO, and the multi-part project “MADE” by BIGBANG:

And a flurry of hot new rookie groups hit the scene, such as GFRIEND, iKON, Monsta X, SEVENTEEN, and TWICE.

Whew, what a ride — and this is just a teeny-tiny sampling of all that K-pop has brought us over the past 10 years! As for the current year, 2016 is almost over, but with a slew of comebacks just around the corner, who knows what kind of amazing hits await us to finish out the year!

Soompiers, what are your favorite moments from the past 10 years of K-pop? Reminisce with us in the comments below!

minjiya can usually be found writing in a cafe, blasting K-pop dance tunes to motivate herself through long runs outside, or plotting her escape from the Midwest. Say hello/send her a GIF on Twitter @yaminjiya.

TVXQ
BIGBANG
Soompi Spotlight
BoA
How does this article make you feel?