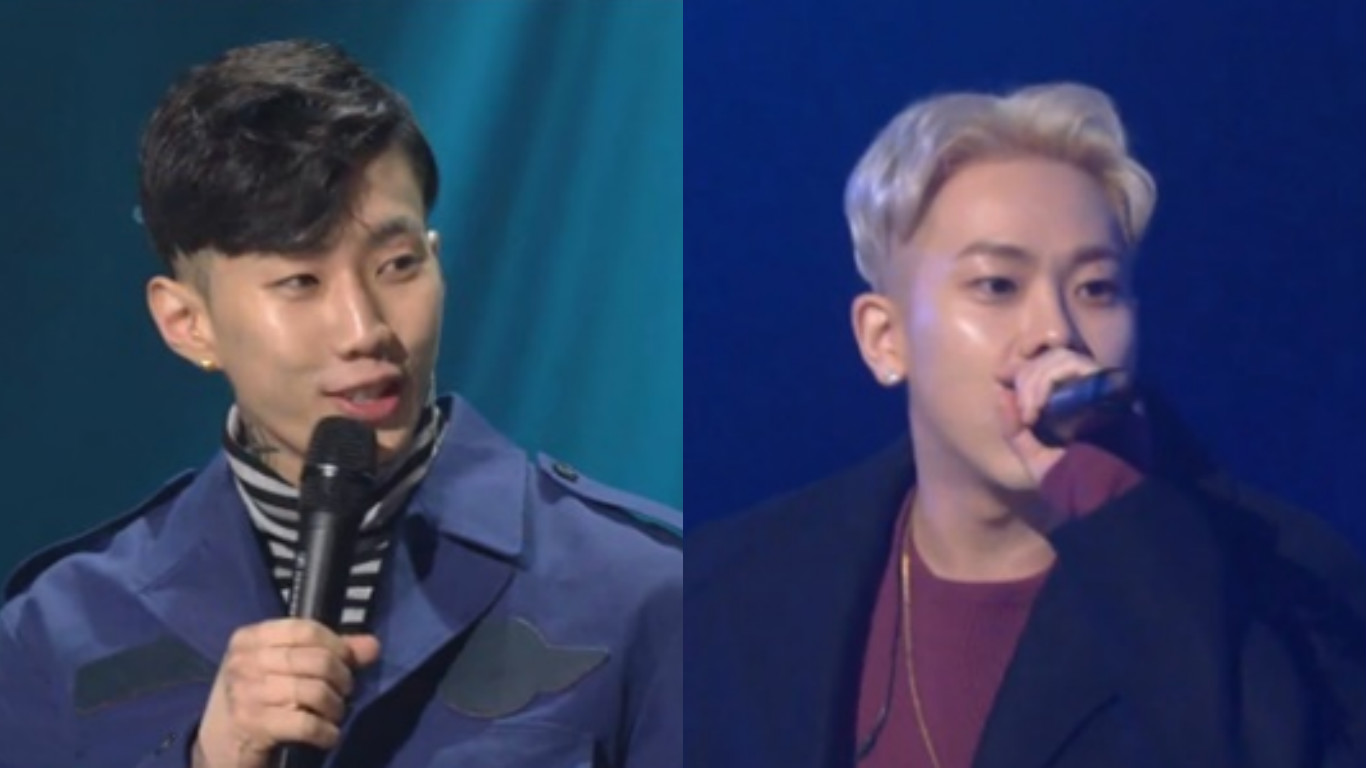 Talented hip-hop artists Jay Park and Loco appear as guests on the newest episode of “Yoo Hee Yeol’s Sketchbook.” During the show, they open up about their relationship under the AOMG label and also respond to questions regarding the recent news of their good deeds.

Loco talks about his relationship with Jay Park, saying, “He’s a boss who does not seem like a boss.”

When asked about the reports of the singer’s recent donations to a university, Jay Park humbly responds, “Being paid based on popularity doesn’t really fit with me. I thought it’d be better if there was a way that I could perform and do something good, so I made that suggestion.”

The good deeds don’t seem to end as Loco reveals, “I recently became in charge of an anti-smoking campaign. Almost no one in our company smokes cigarettes.”